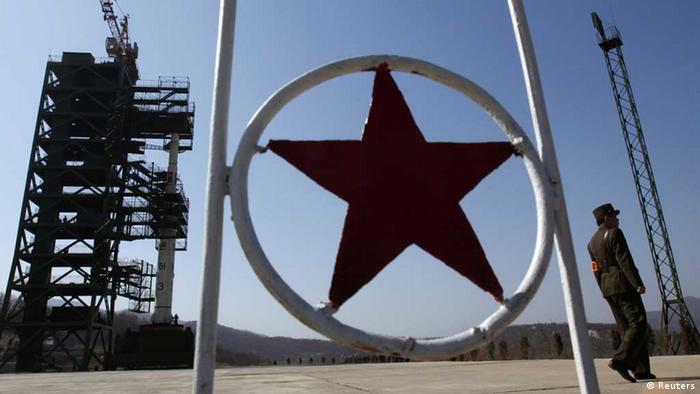 A Japanese naval vessel carrying Patriot missiles is on its way to the southern island chain of Okinawa, public broadcaster NHK reported Monday.

North Korea announced Saturday it would launch a rocket between December 10 and 22. The country says it is a peaceful and scientific mission to place a polar-orbiting earth observation satellite into orbit.

The US and allies South Korea and Japan condemned the launch, calling it a disguised ballistic missile test that violates United Nations resolutions, themselves a result of North Korean nuclear tests in 2006 and 2009.

Japanese Defense Minister Satoshi Morimoto said shortly after the announcement he was ordering the military to prepare for the rocket launch.

North Korea's neighbors are bracing themselves for the defiant regime to test-fire a rocket as part of events to mark the one-year anniversary of the death of the "Dear Leader." (03.12.2012)

A defense ministry spokesman told the AFP news agency that "our ground, marine and air forces are now preparing to deploy troops in Okinawa." Japanese media also reported that warships are expected to be deployed in neighboring waters.

Russia expressed its "regret" Monday at the planned launch, saying North Korea must abide by the UN resolutions, which "unambiguously prohibits [it] from launching rockets using ballistic technology."

"We urgently appeal to the government to reconsider the decision to launch a rocket," the Russian foreign ministry said.

China expressed "concern" over the launch, with its foreign ministry urging "relevant parties [to] act in a way that is more conducive to the stability of the Korean peninsula."

The proposed launch would be the second by North Korea this year. A first attempt in April ended in failure with the carrier flying for approximately two minutes before breaking apart over the Yellow Sea.