James Michael Tyler has died of cancer at age 59. He was best known for his role as a coffee shop manager on the 1990s comedy series "Friends." 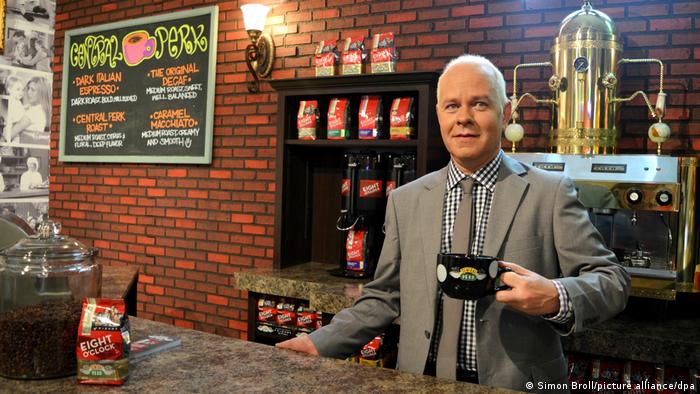 "The world knew him as Gunther (the seventh 'friend'), from the hit series 'Friends,' but Michael's loved ones knew him as an actor, musician, cancer-awareness advocate, and loving husband," Tyler's manager Toni Benson said in a statement to US media.

Benson said Tyler died at his home in Los Angeles from prostate cancer. He was first diagnosed in 2018.

'A friend for life'

"Michael loved live music, cheering on his Clemson Tigers and would often find himself in fun and unplanned adventures. If you met him once, you made a friend for life," Benson said.

Warner Bros. Television, which produced the 1990s hit series, mourned the death of Tyler, "a beloved actor and integral part of our 'Friends' family," the company said on Twitter.

Gunther appeared in 150 out of the 263 "Friends" episodes across all 10 seasons of the sitcom. As the manager of Central Perk, the cafe where the other characters hung out, Gunther was often pining after Rachel, played by Jennifer Aniston.

Tyler was initially cast to play Gunther while working as a barista at the Bourgeois Pig coffee shop in Los Angeles, according to the 2019 book "Generation Friends: An Inside Look at the Show That Defined a Television Era," by Saul Austerlitz.

Tyler played other roles in comedy series, including "Scrubs," "Sabrina the Teenage Witch" and "Modern Music."

In June, Tyler announced that he had been diagnosed with advanced prostate cancer in September 2018, which had spread to his bones.