A Wisconsin police officer who shot a Black man, sparking violent demonstrations in the city of Kenosha, will not face charges. Officials have said they are preparing for protests. 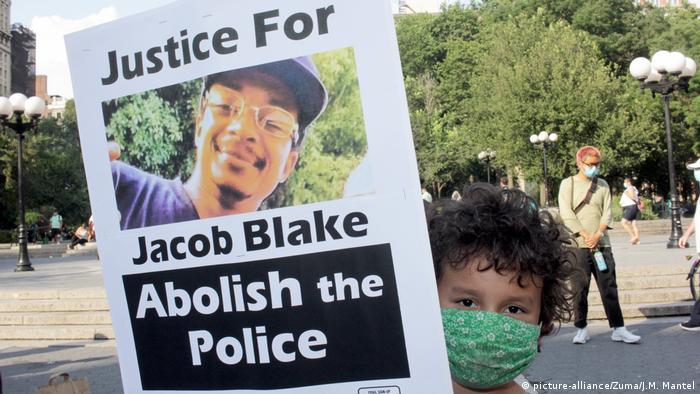 Prosecutors in the Midwestern US city of Kenosha, Wisconsin said they will not charge a white police officer for the shooting of a Black man in August 2020.

The victim, Jacob Blake, was shot in the back and paralyzed during the incident, which was captured on cellphone video. The officer, Rusten Sheskey, was responding to a daytime domestic dispute.

Video shows officers with guns drawn shouting and following Blake as he opens the driver-side door of an SUV. As Blake leaned into the vehicle, Sheskey grabbed Blake's shirt from behind and opened fire, hitting Blake several times in the back.

Kenosha's police union claims Blake was armed with a knife and did not respond to commands. However, state investigators had said that officers saw a knife on the floor of the vehicle, and didn't specify whether Blake threatened anyone with it. 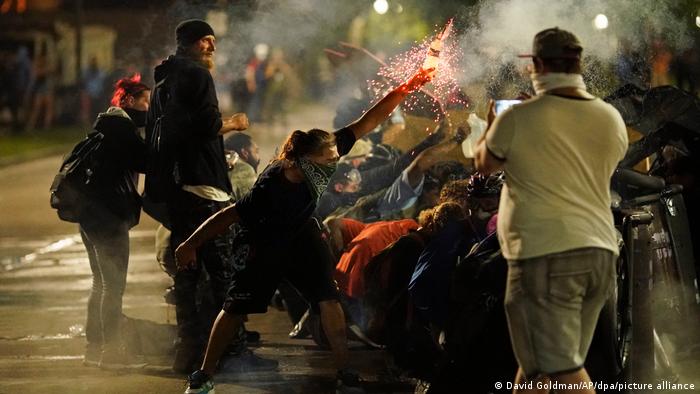 On Tuesday, Kenosha County District Attorney Michael Graveley said that prosecutors determined that Sheskey acted in self defense when he fired his weapon at Blake, adding that it was "absolutely incontrovertible" that Blake had armed himself with a knife while being confronted by police.

Decision a 'slap in the face'

Blake's lawyer, Ben Crump, said Blake was attempting to break up a fight between two women, adding that the decision "further destroys trust" in the US justice system.

"We feel this decision failed not only Jacob and his family, but the community that protested and demanded justice,'' Crump said.

"This is a slap in the face by Wisconsin government and the District attorney," Blake's uncle, Justin Blake, said during a press conference Tuesday evening. "What has happened has perpetuated systemic racism," he added.

The Blake family's attorney, B'Ivory LaMarr, said there was "more than sufficient evidence" to charge Sheskey, adding that Graveley's decision shows that there are "three justice systems" in the US, "one for Black and brown people, one for police officers and one for the rest of America."

Blakes's shooting came three months after the killing of George Floyd at the hands of police in Minneapolis, and reignited tensions over racial injustice in the US.

Three days of violent demonstrations followed the shooting. Over 250 people were arrested, and two men were killed and another wounded by a white teenage gunman who traveled to Kenosha from neighboring Illinois, claiming he wanted to protect businesses from looters.

The gunman claims he was attacked by protesters and pleaded not guilty on Tuesday to multiple homicide charges. Conservatives across the US have been raising money for the gunman's legal defense, including a $2 million (€1.6 million) bail.

Ahead of Gravely's announcement, businesses in Kenosha put up plywood barriers and local officials approved a resolution giving the mayor power to impose curfews and other measures. As the evening set in, the city's business district was largely empty.

Wisconsin governor Tony Evers has activated 500 national guard troops to assist in the case of unrest. On Sunday, Kenosha Mayor John Antaramian and Police Chief Daniel Miskinis said in a statement that authorities would impose curfews, designate an area for demonstrations, section off areas with fencing and close streets.