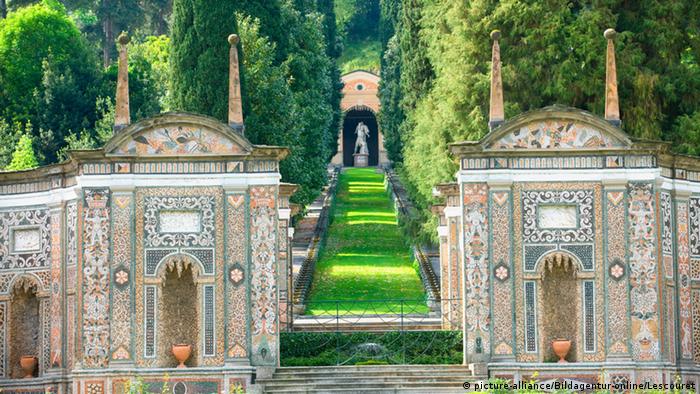 Italy's prime minister Matteo Renzi was already on his way to China for the G20 summit, but this Friday he didn't want to pass up the opportunity to drop in on a gathering of influential elites to discuss the Italian economy. So he flew to the shores of Lake Como on a state helicopter for a couple of hours, and gave a talk to the annual Ambrosetti gathering.

This year, the rather anodyne title of the event was: "Scenarios of today and tomorrow for competitive strategies." But the guest list, more than the headline title, was the real draw. The European House - Ambrosetti, which has become one of the most influential think tanks in Europe, always boasts a high-calibre participants list. Helmut Schmidt came to Lake Como for Ambrosetti gatherings eight times.

Villa d'Este (pictured at top) is one of the places, like Davos, where many leading politicians, business leaders and statesmen come together once a year to rub noses and talk about the state of the economy - and of the world.

Europe has to deliver answers

"In my opinion, in 2016, the problem is not the economy", Renzi said at the beginning of his speech, and claimed that things are slowly recovering economically. Politically, however, the situation is entirely different, he said, given these times of terror, refugee crisis and war. That is where Europe needs to deliver convincing answers. "Europe should have its own strong messages regarding politics or culture", he emphasized, though he still seemed to be seeking answers himself. 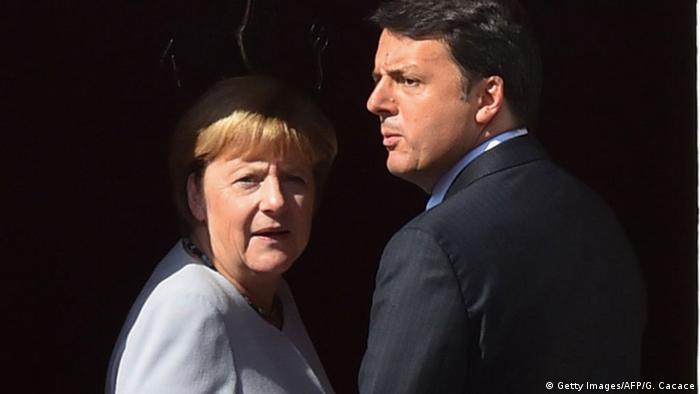 Germany's Chancellor Merkel and Italy's Prime Minister Renzi met on the last day of August at Enzo Ferrari's home in Maranello, a town where Ferrari motorcars continue to be built. For the one percent, the economy is doing just fine, and so Ferrari is doing fine too

Outside, Italian police speedboats patrolled the lake; inside, the discussions were heated. A lot of what was said is confidential and may not be quoted. Prince Turki Al-Faisal, a member of the Saudi royal family, talked about political risks in the Arab region, which will have economic consequences. The former Israeli president Shimon Peres was among the speakers, as was Wu Hongbo, Under-Secretary-General of the UN, as well as a raft of prominent economists. Among those in attendance were ministers, EU commissioners, members of the European Central Bank, and CEOs of major corporations. For two and a half days, they discussed global risks and impacts on business, the future of the Euro, and leadership, with an appetite for exchanges of ideas much in evidence.

But then, having said it wasn't the main issue, Matteo Renzi focused on the economic situation in Italy after all. "Tomorrow the headlines in the newspapers about Italy will be negative", he said. The Italian National Institute of Statistics (ISTAT) reported on Friday that Italy's economy did not grow at all during the second quarter. And even during the entire first half of 2016, the country's economic growth rate was only 0.7%.

Talk of stagnation, however, angered Renzi. After all, those figures were much better than they were just a year or two ago. Thanks to his government's labor market reforms, more than 500,000 new jobs have been created, he said. But "getting better does not mean that we are doing well," he acknowledged self-critically.

He kept bringing up Germany, too. He said that there, necessary reforms were initiated many years ago, which is why the German economy is doing so well now. 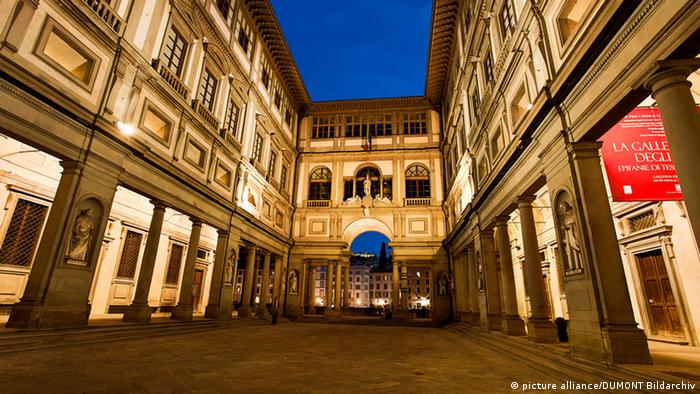 The Uffizi gallery in Florence, which is in what was once one of the administrative palaces of the Medici, the family that ruled Florence for much of the Middle Ages and early Enlightenment period. The Italian economy may be in the doldrums, but come what may, the country never lacks style

Not everything is positive about Germany's economy

That's a compliment that Marcel Fratzscher, president of the German Institute for Economic Research (DIW), can only share conditionally. Fratzscher was invited to Ambrosetti to talk about Europe's economic prospects.

"Compared to other European countries, Germany is indeed in an excellent position," he told DW. "Italy is the big problem child, with a massive slump in its economic performance since 2008, massive debt, and a big problem with its banks. However, we should be more modest in Germany. We have huge problems in terms of economic policy as well, and low private and public investment. So a bit of realism and modesty would serve Germany well."

Brexit could lead to growth

But what's next for Italy?

"We need time", Italy's prime minister tells the audience, and added: "The glass is half full not half empty."

Renzi tried to exude optimism. He even said he saw opportunities in Brexit, the planned exit of the United Kingdom from the EU. That's because after Brexit, the European Economic Area would be even more important than before. He said there will be opportunities for growth after the British are no longer on board, but that he would rather not explain that in more detail at present.

Outside, the sun glistened on gorgeous Lake Como. Matteo Renzi only gave it a passing glance. He would have liked to stay, he said, and everyone, not only the Italians, knows how keen the prime minister always is on a good debate. But the helicopter lifted off, bringing him to an airfield where he could board a jet and fly to Hangzhou to attend the G20 summit on the weekend of September 4-5. The topic there would be the same: The state of the world economy, and the risks facing the world in a time of multiple crises.