Italy Keeps Darwin in its Classrooms | Europe | News and current affairs from around the continent | DW | 03.05.2004

Following massive protests, Italy's pupils will continue to be taught the theory of evolution. 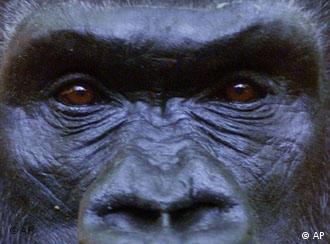 Italy debates: Should kids learn that humans evolved from apes?

Italy's creationists were jubilant until Italian Education Minister Letizia Moratti flip-flopped on cutting the theory of evolution from national school curricula last week. Moratti claimed she never planned to remove it from teaching syllabi. In that case, it's unclear how tens of thousands of people got it in their heads to appeal to her not to rid schools of Charles Darwin's theories.

"Discussion of Darwin's theories is guaranteed for all children from six to 18 years," Moratti said Friday. She added that a commission would be established to decide on details about how it would be taught. Nobel prize laureate Rita Levi Montalcini, 95, is set to head the body.

Italy was in an uproar for weeks after the education ministry released reworked national curricula that left the theory of evolution out of secondary schools. "Pupils aged 10 to 13 are much too young to be confronted with such complicated material," Director General Silvio Criscuoli, who was responsible for the teaching plans, explained. Only older pupils who specialized in natural science would have learned about the theory of evolution.

Education Minister Moratti defended the change by explaining that pupils should learn about the origin of species gradually, according to "didactic criteria." That is, they would first learn the Biblical version of the creation and, only years later, the scientific theory.

But, as in the United States, creation and evolution are political issues in Italy. In February, Alleanza Nazionale, one of parties in Prime Minister Silvio Berlusconi's governing coalition, held a week long series of events to dispute the theory of evolution. In the course of a conference entitled "Teaching Evolution: a Fairytale for the Schools," parliamentarian Pietro Cerullo linked Darwin's theory to leftist thought. 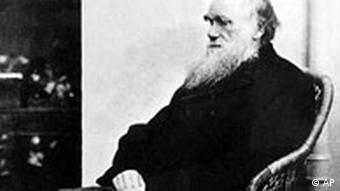 Charles Darwin poses in a wicker chair in 1875.

Italian evolutionists quickly mobilized against the plans to relegate Darwin to history. Critics were particularly concerned that the changes would effect children at an age when they are forming the basis of their understanding of the world, at 13 and 14. Within days, more than 50,000 people, including numerous Nobel prize winners and renowned scientists, signed an appeal in La Repubblica newspaper against the "damage to scientific culture" that they said omitting Darwin from schools would do.

Parents may not keep their children from attending school even if they give them lessons at home, a district court in Giessen ruled Wednesday. (Nov. 5, 2003)

It marks a milestone for the country that became a symbol of the coronavirus crisis in the West last year. Meanwhile, Hong Kong will ban flights from the UK. Follow DW for more.