Italy's former military intelligence chief, Nicolo Pollari, has been sentenced to 10 years in prison for his role in the kidnapping of a Muslim cleric from Milan to Egypt. The operation was a CIA-led rendition. 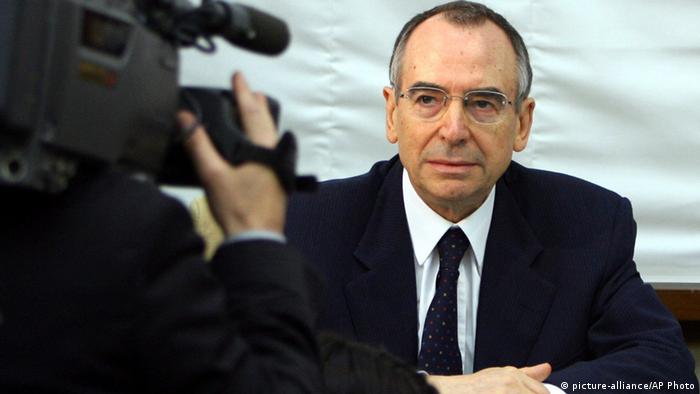 An appeals court in Milan on Tuesday sentenced Nicolo Pollari to 10 years in prison for his involvement in a 2003 CIA rendition when he was the head of SISMI, Italy's military intelligence agency.

Pollari's SISMI deputy at the time, Marco Mancini, was given nine years behind bars. Three less senior SISMI staff members were each sentenced to six years in jail.

One of Pollari's lawyers, Nicola Madia, said he was disturbed by the decision and that his client would appeal to Italy's Supreme Court of Cassation. If the verdict is contested, Pollari and the other defendants will not have to go to jail until their legal options are exhausted.

Pollari did not defend himself in court, saying via his legal team that doing so would violate his promises to keep state secrets.

How the CIA 'globalized torture'

Amrit Singh of the Open Society Justice Initiative tells DW about her new report, which provides unprecedented detail about the reach of the CIA's rendition program and the collaboration of 54 foreign governments. (06.02.2013)

Egyptian Muslim cleric Osama Mustafa Hassan, more commonly called Abu Omar, was abducted from Milan and flown to Egypt for interrogation as part of the so-called "war on terror." The operation was organized by US authorities.

Italy's Ansa news agency also reported that Omar was awarded a provisional 1 million euros ($1.35 million) in damages, as well as a further 500,000 euros for his wife.

First case of its kind

Abu Omar had been granted political asylum in Italy at the time of his kidnapping. He was flown first to a US base in Germany and then on to Cairo, where he says he was tortured.

The cleric's lawyers were seeking 10 million euros in damages.

Despite prosecution efforts against US officials, charges against Italian SISMI agents were at first blocked by government efforts to invoke state secrecy laws and shield them from prosecution. However, Italy's Court of Cassation annulled that decision last September. Pollari had the public support of former Prime Minister Silvio Berlusconi.

An American former CIA station chief was sentenced in absentia to seven years in prison in the case - one of 23 CIA agents to be convicted in absentia for involvement in the "extraordinary rendition." That 2009 verdict was the first in the world to assign rendition responsibility to US operatives.

Such renditions, which most famously took terror suspects to the US detainment facility at Guantanamo Bay, were part of the policies launched in the aftermath of the September 11, 2001 attacks by then-US President George W. Bush.