At their conference in Istanbul, Western nations have thrown their full support behind Libya's rebels, recognizing them as the 'government authority.' In a major policy shift Turkey has cut ties with Tripoli. 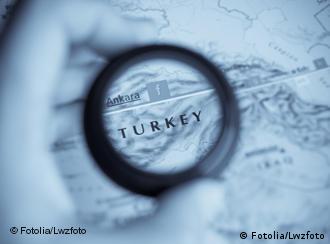 Putting itself on the map: Turkey wants to play a key role in Libya

In a major diplomatic move the US announced Friday that it formally recognized Libya's opposition rebels as the country's legitimate government.

Beyond the symbolic value, the decision could unfreeze billions of dollars from blocked Libyan bank accounts, providing the rebels with much-needed financial backing. The so-called Libya Contact Group also outlined a roadmap to peace whereby Moammar Gadhafi should relinquish power and pave the way for a transition to democracy.

While many Western nations had already rallied around the rebel cause, the Turkish government had for some time vacillated on its Libya policy.

However, it is now actively pursuing a policy that lends full support to Benghazi, as Turkey seeks a larger say in shaping the future of Libya. But what exactly lies behind Turkey's policy zigzags on Libya? Some experts say its a mixture of economic interests, neo-Ottomanists ambitions and strategic concerns of an increasingly self-confident regional power.

The summit of the Contact Group in Turkey may have marked the country's ambition to have a larger say on the future of Libya. Turkish Foreign Minister Ahmet Davutoglu recently visited the rebel stronghold city of Benghazi and toured regional capitals ahead of the Istanbul meeting. Davutoglu wants to find a solution that would end the conflict before the start of the Muslim holy month of Ramadan in August. 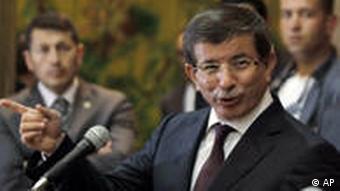 Ankara's plan aims to secure an immediate ceasefire and a deal between Tripoli and Benghazi that would include full access to humanitarian assistance and the Libyan military's withdrawal from major cities. But Turkey's policy zigzags in the last three months have called into question the successful outcome of Ankara's efforts.

Caught between Tripoli and Benghazi

The Turkish government initially opposed military action against Libya and blamed France in particular for pursuing a hidden agenda to take control of the country's rich oil reserves.

Ankara adopted a "wait-and-see" approach, refrained from isolating Tripoli, but at the same time carried out low-level contacts with the opposition.

Turkey's former ambassador to Libya, Uluç Özülker, says economic interests and the special characteristics of Turkish-Libyan ties prevented Ankara from taking a stronger position against Gadhafi in the early stages of the crisis.

"At the beginning of the crisis, Turkey had to protect Turkish business and Turkish workers there. Ankara had to evacuate thousands of Turkish citizens from Libya," Özülker said.

"A second factor for Turkey's hesitancy was its experience. Turkey knew the strength of Gadhafi and doubted whether the rebels would gather country-wide support. And thirdly, Turkey and Libya historically have had very strong ties. People of both countries look to each other as brothers. Under these conditions, Turkey had to wait and see, before taking a clear side."

Before the crisis, Libya was one of Turkey's leading economic partners. Turkish companies were involved in construction projects worth $15 billion (10 billion euros) and around 25,000 Turkish workers were based in the country.

Ankara's weeks-long attempts to convince Gadhafi to accept a political solution did not bear any fruit. The dialogue with Tripoli was broken off once Turkey rallied behind the NATO-led military operation, while the hesitant approach toward Benghazi created huge frustration among the Libyan rebels.

In a U-turn triggered by concerns that it would be excluded from shaping a post-Gadhafi Libya, Turkey recognized Benghazi and said it would give $300 million in support for the National Transitional Council.

Turkish officials say the closer engagement with Benghazi aims at reaching peace and stability in Libya and that economic interest are only a secondary issue. Senior diplomat Selim Yenel dismisses claims that Turkey and some Western powers are competing on the future of the country and its economic resources.

"Turkey is pursuing a more active foreign policy. But it would be wrong to describe it as neo-Ottomanism. We never have had such a dream," Ambassador Yenel told Deutsche Welle. "We are not in competition with anybody. We really want to see stability in Libya. What is important is the end of military conflict, Libya gaining stability and prosperity." 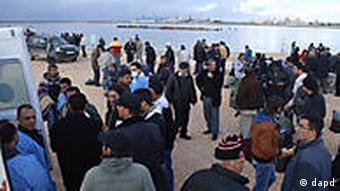 Thousands of Turkish workers had to be evacuated

While Turkish companies and workers had to pull out of Libya, in a post-conflict reconstruction process they expect to once again become the leading contractors particularly in the construction sector.

Turkey's former ambassador to Tripoli, Uluç Özülker, says it is difficult to reach a comprehensive political solution in Libya in the short term and that Turkish businessmen will face more and more challenges. However he believes, the Turkish government's move to establish closer ties with Benghazi was a step in the right direction.

"Sooner or later Libya will get out of this current situation. Particularly in the construction sector Turkish companies will retake their position, Turkish construction companies are indispensable in Libya," Özülker said.

"However in terms of high technology-driven sectors, it is highly likely that Turkish companies will face more and more difficulties, due to the influence of the US, France or the United Kingdom … From an economic and political perspective, Turkey's recent engagement with Benghazi is a right step. Ankara has been late in that, but it is definitely a right step."

For months, Turkey was reluctant to take a stand on Libya. Now Turkey's foreign minister has recognized the rebel council as the country's legitimate authority and renewed the call for Gadhafi's removal. (04.07.2011)

As international calls intensify for Libyan leader Moammar Gadhafi to step down, Turkey says it has offered to help the colonel leave the country and find a new place to live, but that Gadhafi has not responded. (11.06.2011)

The government in Ankara says it supports democratic endeavors in the Arab world. But at the same time, it is exercising great reserve when it comes to concrete action. Economic interests play a role in this behavior. (06.04.2011)