Following failed coalition talks, Israeli premier Benjamin Netanyahu has given back the mandate to form a government. That mandate will now be given to his political opponent, a presidential spokesman says. 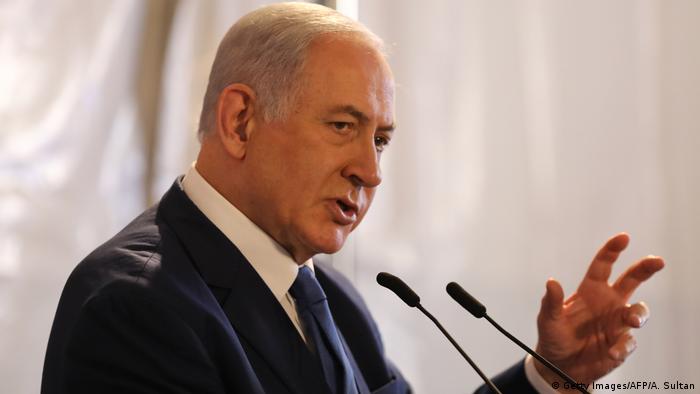 Israeli Prime Minister Benjamin Netanyahu said on Monday he had failed to recruit enough lawmakers for a coalition with his Likud party and was renouncing his mandate to form the next government.

The announcement comes two days before a deadline for completing coalition talks elapses.

A spokesman for President Reuven Rivlin said the job would now be given to former military chief Benny Gantz, who ran against Netanyahu in two elections this year.

Gantz's Blue and White alliance received slightly more votes than Likud at polls in September, but Netanyahu was nonetheless given the first mandate, as he had the backing of one more lawmaker than Gantz. Netanyahu's failure to form a coalition after April elections was the trigger for the second snap poll.

If Gantz fails, it could mean yet another election for Israel this year. He will have 28 days to complete the task but has no clear path to a parliamentary majority.

In a statement on Monday, Gantz's party said: "The time of spin is over, and it is now time for action. Blue and White is determined to form the liberal unity government, led by Benny Gantz, that the people of Israel voted for a month ago."

Netanyahu is facing an indictment over corruption charges, and Blue and White turned down a proposal to form a unity government with Likud for this reason.

Germany announces tightening of coronavirus restrictions until Christmas 4m ago