Jewish and Arab Israelis have fought each other in cities across the country amid the latest flare-up of a decades-old conflict.

Conflict between Israel and Hamas continues to escalate

Violence broke out in cities across Israel between Jewish and Arab Israelis overnight and into Thursday.

What happened in Israel?

Police said they had responded to violent incidents in several towns. They confirmed 374 arrests shortly past midnight.

The mixed Jewish-Arab city of Lod, around 15 kilometers (9.3 miles) south of Tel Aviv, appeared to be the epicenter of the unrest. 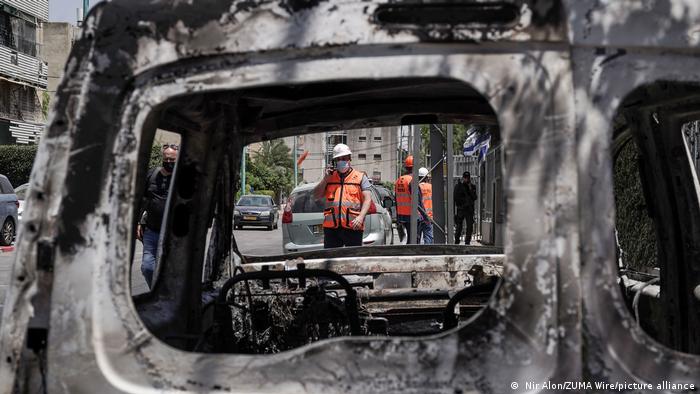 Additional security forces were deployed to try and stop Jewish and Arab mobs battling in the city. Israeli police said two people were shot and wounded there, including one Arab resident. A Jewish Israeli was stabbed.

In the city, a synagogue and other Jewish property were torched.

In the northern port city of Acre on Wednesday, a Jewish motorist was reportedly beaten by Arab residents.

In the Tel Aviv suburb of Bat Yam, Jewish youths reportedly ransacked stores. Israeli television aired footage of a group of Israeli far-right nationalists beating a man unconscious who they believed to be Arab, in the same suburb. 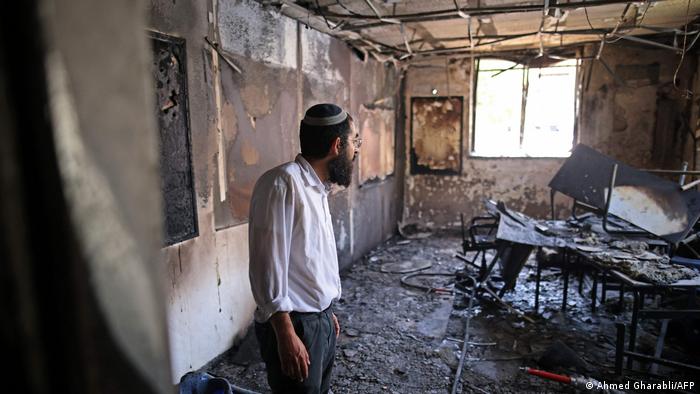 A Jewish religious school was torched in the city of Lod, which experienced the most violence

Tel Aviv's Ichilov Hospital said the man was in a serious but stable condition.

An Arab man was also beaten by a mob in Haifa.

Israeli Defense Minister Benny Gantz called the violence "shocking" and adding it was a threat.

"On this evening, more than ever, our internal divisions are what threaten us," Gantz said. 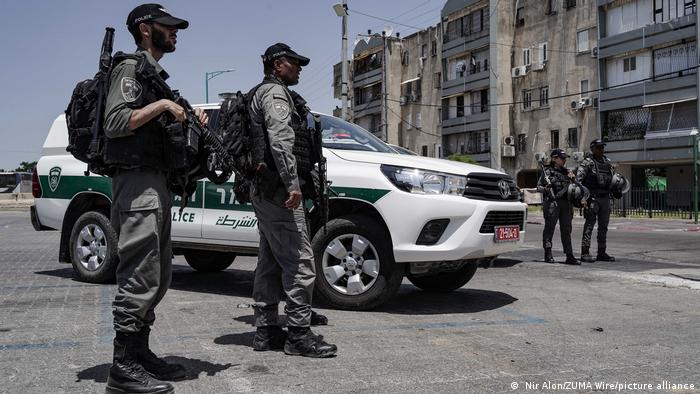 "The harsh images from the cities and streets tonight are Israelis tearing each other apart. The shocking violence in Bat Yam, Acre, Lod and other cities turns our stomachs and breaks the hearts of us all," he added.

Israeli President Reuven Rivlin denounced the violence with the unusually strong term "pogrom" by a "blood-thirsty Arab mob," the Times of Israel reported.

Prime Minister Benjamin Netanyahu said in a statement, "What has been happening in the last few days in the cities of Israel is unacceptable."

"We're seeing clashes all over Israel and we are concerned about the regional impact as well," she said.

The Arab minority in Israel makes up about 20% of the population of 9 million.

Conflict between Israel and Hamas continues to escalate