After nearly two months of a hunger strike that left him close to death, Khader Adnan is to be released from prison. The same day, the Israeli navy stopped a flotilla of activists from reaching the blockaded Gaza Strip. 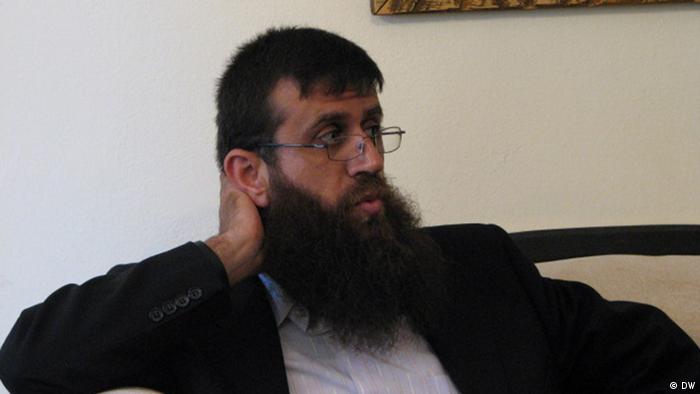 Khader Adnan, the 37-year-old Palestinian who was one of the hundreds of Palestinians detained in a sweep of the West Bank following last year kidnapping and murder of three Israeli teens, ended his 56-day hunger strike on Monday after the authorities promised to release him.

His laywer Jawd Boulos announced that "Khader Adnan ended his hunger strike last night, after an agreement was reached to release him on July 12," in a statement that was confirmed by the Palestinian Prisoners Club.

Adnan had been at the center of concerns in the Palestinian territories after officials and activists warned that he could die "at any moment." He had been refusing to ingest anything but water, and was eventually taken to an Israeli hospital.

He had been in prison under administrative detention, which permits indefinitely jailing a suspect without charges for renewable stretches of six months.

Adnan had previously been imprisoned in 2012, when he carried out a hunger strike that lasted 66 days, taking in only vitamins, water, and salt. He was released at the end of the strike. He has been imprisoned by Israel ten separate times.

Also on Monday, the Israeli navy peacefully intercepted a trawler carrying pro-Palestinian activists that had been heading for the blockaded Gaza Strip. Three other vessels that had accompanied the Marianne turned back after the navy took control of the ship in international waters off the coast of Gaza.

Irene Macinnes, a Canadian member of the Freedom Flotilla organization, told the German news agency DPA that the 18 people on board employed non-violent civil disobedience against the Israeli commandos who boarded the vessel, which was rerouted to the Israeli port of Ashdod.

The Israeli sailors handed the activists a letter from Prime Minister Benjamin Netanyahu, which read in part: "It seems that you have made a mistake in navigation. Maybe you meant to sail to a place that isn't far from here - Syria. There, Assad's regime slaughters members of his people on a daily basis."

The letter further justified the blocked of the Gaza Strip, saying that Israel is grappling with a "complex reality" where Palestinian militants fire missiles from the coast at residential areas of Israel.

The four-vessel flotilla was carrying around 47 passengers, including European lawmakers and Basel Ghattas, a high-ranking Arab-Israeli member of the Israeli parliament.

The Vatican has signed its first accord with Palestine, legally recognizing it as a state. The Holy See said it hopes the agreement will lead to improved relations in the Middle East although Israel expressed regret. (27.06.2015)

The Palestinian Authority has presented alleged evidence of Israeli war crimes to the International Criminal Court. Israel has not signed on to the statute of the ICC, which started in 2002. (25.06.2015)

Israel has a problem in the Golan Heights. Druze villagers killed an injured man from Syria who Israeli doctors wanted to treat in exchange for contacts in the country. Daniella Cheslow reports from Majdal Shams. (24.06.2015)