Israel Threatens Iran Over Nuclear Research | Europe| News and current affairs from around the continent | DW | 22.01.2006

Israel was taking advantage Sunday of the growing international pressure on arch enemy Iran to dangle the threat of pre-emptive action to stop Iran's nuclear program in its tracks. 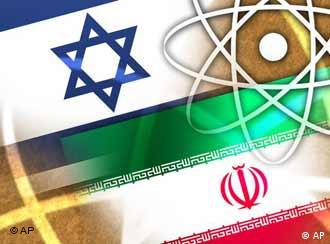 Israel has struck Iraq's nuclear program in the past

Army chief of staff Dan Halutz became the latest senior defense official to fire a warning shot across Tehran's bows by telling a security conference that Israel would not be "helpless" in the face of Tehran if it acquired nuclear weapons. 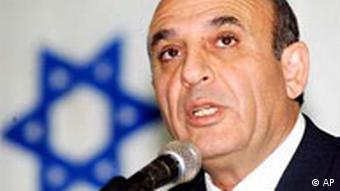 His comments followed a pledge by Defense Minister Shaul Mofaz that Israel, widely believed to be the only nuclear-armed state in the Middle East, would not tolerate a "a nuclear option" for Iran while reaffirming his commitment to diplomacy over the escalating crisis.

Israel has come to view the regime in Tehran as its number one enemy, with its fears reinforced by comments from Iranian President Mahmoud Ahamadinejad that the Jewish state should be "wiped off the face of the map."

Questioned about how the defense establishment was preparing itself with the challenge posed by Iran, Halutz refused to give details but nevertheless made clear that he had plans up his sleeve.

"I am not going to deal with the solutions to the Iranian nuclear problem," he said. "Israel is not helpless -- that it is enough of an answer." 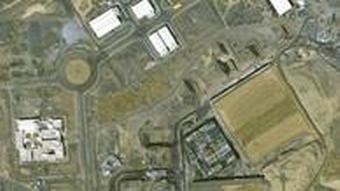 Could Israel attack Iran's nuclear plants such as this one in Natanz?

Israel managed to halt Iraq's nuclear program in 1981 when it carried out an air strike on the Osirak plant.

While officials have said diplomacy is still the order of the day on Iran, the outgoing head of military intelligence, Aharon Zeevi, said last month that a repeat performance was "difficult but not impossible."

Israel appears to have been emboldened by the concerted drive by Western powers to bring Iran before the UN Security Council, with the prospect of sanctions.

Iran says its nuclear program is legal as it is a signatory to the Nuclear Non-Proliferation Treaty (NPT), and merely designed to meet its energy needs. Israel however is convinced Tehran is on a drive to equip itself with nuclear weapons.

Calling it a "childish game," Iran downplayed the Israeli threat on Sunday, saying that the country would make a "fatal mistake" if it were to use force against Iran.

Iranian Foreign Ministry spokesman Hamid Reza Asefi said Israel was only trying to add to Western pressure on Iran to give up its nuclear program, according to AP news service.

Iranian officials also denied a German news report that Tehran had sent an offer to German Foreign Minister Frank-Walter Steinmeier to accept a joint venture uranium enrichment program with Russia and China outside Iran as a way to diffuse the stand-off. 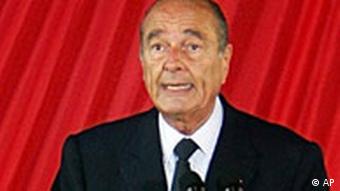 French President Jacques Chirac came under attack in Iran Sunday after warning that France could use nuclear arms against state sponsors of terrorism.

"It is shameful for the people of France that their president brandishes atomic weapons on the pretext of fighting terrorism," said Gholam Ali Hadad-Adel, speaker of Iran's parliament.

On Thursday, Chirac for the first time raised the threat of a nuclear strike on any state that launches "terrorist" attacks against France.

Although he did not single out any country, the warning could be interpreted as including Iran -- frequently accused of sponsoring terrorism and under pressure over its disputed nuclear program.

Jung told the Bild am Sonntag newspaper that he found Chirac's comments counterproductive in the context of the West's row with Tehran over its controversial nuclear program. 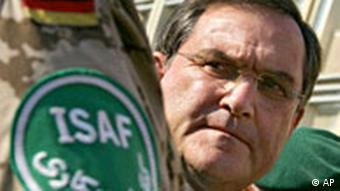 Jung during a visit to Afghanistan in December

"We should not lead the discussion in that direction," he said. "We need all options at our disposal. But before that, everything must be attempted on the diplomatic front to achieve a positive outcome. I am confident that we can find a diplomatic solution in the case of Iran."

"We should ensure that diplomatic solutions that remain on the table will be used and exhausted," Steinmeier said in an interview with German public broadcaster ARD. He added that Germany was working to prevent military action against Iran.

A German government spokesman gave a cautious response Friday to Chirac's remarks, which modified France's long-standing nuclear doctrine to specifically warn that its atomic arsenal could be used against states that sponsor terror attacks on France.

Spokesman Thomas Steg told reporters that Germany believed the French leader's comments were in line with Paris's existing nuclear policy and did not see in Chirac's warning "any reason to believe that France's policy has changed or will change in the future."

Iran on Saturday denied it has shifted funds out of Europe due to fears of economic sanctions over its nuclear program after a swirl of contradictory reports on whether such transfers had taken place. (Jan. 21, 2006)

The controversial statements by France's president on the country's nuclear potential have triggered international protests. But Jacques Chirac has by no means played a trump card, says Deutsche Welle's Andreas Noll. (Jan. 20, 2006)

As the international community considers a response to Iran’s resumption of its nuclear program, Germany may need to balance diplomacy with economic reality. (Jan. 22, 2006)