During nine months of peace talks with Palestinians, Israel approved plans to build nearly 14,000 new settler homes, according to an activist group. The figures came as the negotiation period formally ended. 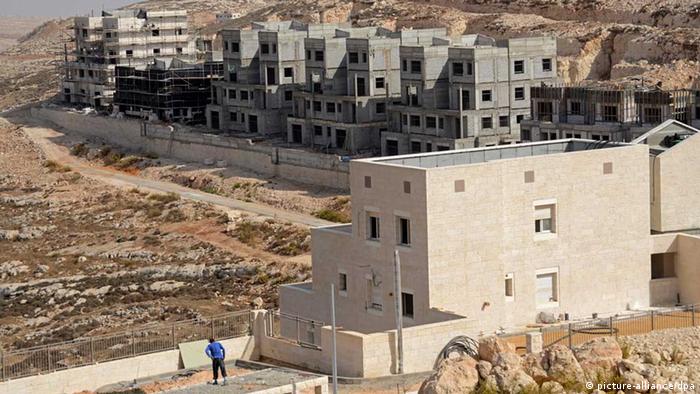 Figures quoted on Tuesday by the Israeli settlement watchdog group, Peace Now, showed that during the past nine months the Israeli government approved at least 13,851 housing units.

"This is an unprecedented number representing an average of 50 housing units per day or 1,540 per month," a press release from the group said. Among the units, 8,809 were tendered for West Bank settlements and 5,042 in East Jerusalem.

This is four times higher than the average yearly number of tenders, according to the report.

The talks, which began on July 29, 2013, were the first face-to-face negotiations in years. The Palestinians had long refused to return to the negotiating table over Israel's refusal to halt all settlement activities. The land where the settlements are being built is part of territory that the Palestinians want for a future state.

The Palestinians, though, agreed to return to the table on the urging of US Secretary of State John Kerry, after Netanyahu agreed to free jailed Palestinian militants.

The settlement issue is not the only road block to hit the negotiations. Israel suspended talks last week after Palestinian President Mahmoud Abbas's Fatah party signed a unity agreement with the Islamist group Hamas, which Israel considers a terrorist organization. The negotiation period officially ended this Tuesday.

The Rajabi house in Hebron, the largest Palestinian city in the West Bank, has a deeply spiritual meaning for the Jewish community. But a recent move by Jewish settlers has reignited tensions with Palestinian neighbors. (18.04.2014)