Israeli officials have approved plans to build nearly 300 housing units in the occupied West Bank. The move has drawn sharp criticism from Palestinians who say the decision will halt renewed peace efforts. 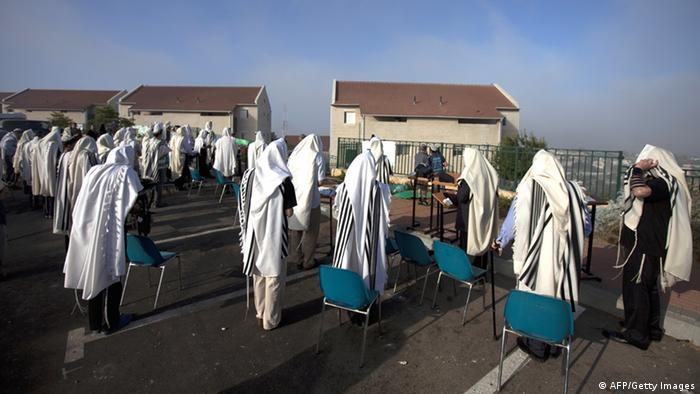 The Israeli government allowed plans to move forward for an extension of the Beit El settlement, according to Israeli officials. The construction of 296 more housing units stemmed from a previous compensation agreement to Israeli settlers whom the government had forced to leave an unauthorized outpost in Ulpana last year.

Thursday's announcement indicated that the go ahead for the Beit El settlement was only the first step in a longer bureaucratic process before construction could commence.

Palestinian officials involved in the peace process condemned Israel's decision on Thursday to pursue a settlement policy with such disregard to the Palestinian Territory's own demands for returning to the negotiation table.

"This is an attempt to sabotage the efforts exerted by President Obama and Secretary Kerry to revive the peace process and is a message that the Israeli government is not serious about peace," Palestinian President Mahmoud Abbas' spokesperson, Nabil Abu Rdeneh, said, according to the news agency the Associated Press.

US President Barack Obama appears to have won over the Israeli public during his three-day "unbreakable alliance" visit. The trip signals a thaw in strained relations between the two countries. (22.03.2013)

A chief Palestinian negotiator, Saeb Erakat, said the move would "ruin" US efforts in Israel.

"This is a message to the American administration and a blow to the peace process," Erakat told the news agency AFP.

The news of the Beit El settlement came as Israeli Justice Minister Tzipi Livni met with US Secretary of State John Kerry in Rome.

"There is no need for this to become a pretext for drama or anger," Livni told Israeli army radio.

She had already informed the US officials of Israel's decision, she said.

"They listened and they understood, and for the moment, there is no reaction."

Secretary of State John Kerry is scheduled to travel to Israel and the Palestinian Territories in late May to meet with Prime Minister Benjamin Netanyahu and Palestinian President Mahmoud Abbas.