The demonstrators protesting against the abusive anti-Muslim film are shaped by conservative forces rooted in 19th century Islamic experiences, say scholars. But there are reform-oriented interpretations of Islam. 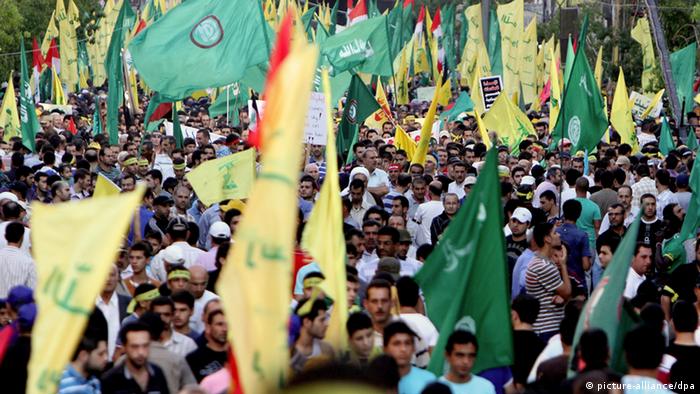 Anger and outrage can be spontaneous. But they can also be rooted in history, fed by extremely old cultural traditions. What seems to be impulsive fervor may also be tied up with feelings associated with certain religious ideologies. According to some Islam scholars, such patterns can be recognized in the recent demonstrations against the abusive anti-Islamic video released on the Internet.

Consciously or unconsciously, the protesters are identifying with an idea of Islam largely developed in the 19th century, these scholars say. In his book "The Culture of Ambiguity - an alternative history of Islam," Thomas Bauer, an Islam scholar at the University of Münster in Germany describes how Islamic radicalization developed as a result of Western imperialism. 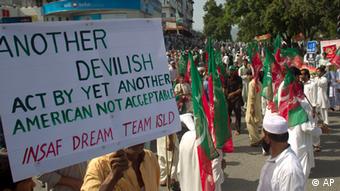 There have violent protests against the film in recent weeks

At the start of the 19th century, as the French took over Algeria, Lebanon and Syria and the British occupied Egypt and Palestine, they subdued the conquered peoples culturally as well as politically. The European empires were guided by a worldview that saw the inhabitants of these countries as second-class human beings.

Bauer argues that under the pressure of these new conditions, Islamic teachers transformed their loosely structured religion into an inflexible dogma. Ambiguities were replaced by strict ideological edicts that crystallized religious views to this day.

"While traditional Islamic scholars celebrated the diversity of interpretative possibilities of the Koran, today's interpreters, whether in the West or the East, whether fundamentalist or reform-orientated, believe they know exactly what the one true meaning of any particular part of the Koran is," writes Bauer. 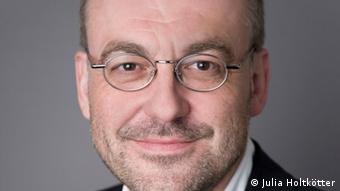 This hardening of positions has had consequences beyond religion that have fused religious and legal dimensions, says Bonn-based sociologist and lawyer Werner Gephart. This has created its own problems.

"In Western law, the distinction between law and religion is typical," says Gephart. "But in the Islamic tradition, not only are religious and legal norms summed up under the vague term 'Sharia,' so are elements of everyday life." This has turned Sharia into an ideological system that tries to regulate all aspects of life.

Sharia gains it power from the fact that its source - God's revelations - cannot be contradicted, says Gephart. "That means that there is always a spiritual dimension. If you want to read it from a legal point of view, it is an implicit will by which an entire social order can be organized by totalitarian means."

The competition between different meanings of Islam is based on the fact that the interpretation of religious as well as secular texts can never be unambiguous. But in large parts of the Arab world, influential conservative theologists will not accept modern, historically-argued readings of the Koran.

No one knew this better than Nasr Hamid Abu Zaid, an Egyptian reformer theologian who died in July 2010. Several years ago, Zaid was forced to leave Egypt after being accused of blasphemy. In an interview with Deutsche Welle shortly before his death, he explained why historical and critical readings of Islam are so fraught with difficulty. 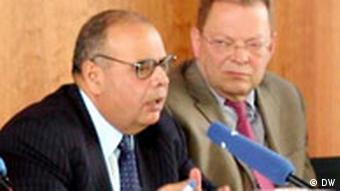 Zaid was an Egyptian scholar exiled for his reformist views

"This method dramatically endangers the power of religious authorities," he said. "Because they give the individual more opportunity to interpret the texts less dogmatically. The religious powers have fought this ever since this kind of non-dogmatic Koran exegesis was developed, because it is of course a challenge, even a threat, to dogma."

The dogmatic interpretation of the Koran, as it is taught at the famous Azhar University in Cairo, still has influence on a lot of Muslims. Relatively few people oppose this point of view.

One of them is Syrian philosopher Zadik Al-Azm. He says that in the Middle East, one has to decide whether one wants to live under the hegemony of the military or the Islamists. "For me it's clear: I want to live under military law," he told DW. "At least there I can sign petitions to suspend the law. But who would dare sign a petition calling for the suspension of divine law?"

Protests against an anti-Islam film originating in the US are spreading across Muslim countries. DW takes a closer look at what's behind the violent demonstrations. (24.09.2012)

Pakistan has condemned a cabinet minister's proffer of a murder bounty on the alleged Californian maker of an anti-Islam video. The party of Railways Minister Ghulam Ahmed Bilour also distanced itself from his call. (23.09.2012)