The results of Thursday’s Kuwaiti snap election have been released. The Islamist-led opposition has secured the majority of seats in the country's parliament. 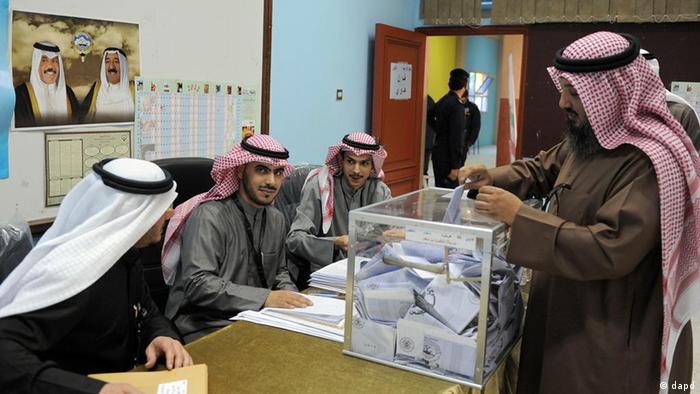 Voters went to the polls on February 2

Kuwait's Islamist-led opposition has won a landslide majority in a snap election. It has secured 34 seats in the 50-member parliament, according to results released on Friday. Islamists now hold a total of 14 seats.

The country's ruler, Sheik Sabah Al Ahmad Al Sabah, called the vote in December after dissolving the chamber in response to a political deadlock. Thursday's election was the fourth within six years.

Analysts believe the results might deepen political turmoil if they embolden the opposition to push for constitutional changes and challenge the government, which is appointed by a prime minister hand-picked by the ruling family.

The results come amid a wave of elections in the Arab world since the "Arab Uprising" last year, which have seen victory for Islamist parties, for example in Egypt and Morocco.