Is increased media attention on Ebola translating into more donations?

Ebola has exploded on Twitter in recent weeks. We take a look at whether mentions of the disease on social media are translating into more donations for the fight against the disease. 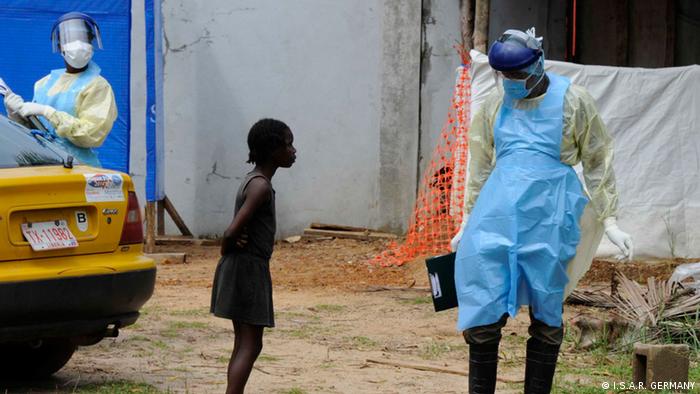 Ebola has been a mainstay on the global news agenda since March when Guinea acknowledged a local outbreak. But talk of the regional epidemic exploded on Twitter when Thomas Eric Duncan became the first patient to be diagnosed with the disease in the US.

There were around 10.5 million tweets mentioning the word Ebola (about 6,000 times a minute) between September 16 and October 7.

Despite the recent increase in public interest on Ebola, relief organizations are still facing challenges getting individuals to donate. The American Red Cross had only managed to raise $100,000 in individual donations for the fight against Ebola by mid-August. That pales in comparison to donations received in the aftermath of the 2010 earthquake in Haiti.

"In the Haiti earthquake, millions of dollars were coming in the door within the first 24 hours, so it just depends on the visibility of the situation," says Jana Sweeny, director of international communications at the American Red Cross.

According to her, there hasn't been much interest in Ebola as with large natural disasters.

"The numbers, unfortunately, have been consistently slow, even just in terms of people who'd contacted us asking how to donate," Sweeny says. "I think often people need to see the impact really quickly in order to make a donation. They may not see Ebola as an actual crisis."

Other charities are also having a similar experience. Doctors Without Borders (MSF) received $5.5 million in donations and relief organization "AmeriCares" has raised $1 million, according to CNN Money.

"I believe the more visibility there is to a crisis the more people are aware of it," explains Benoit Carpentier, spokesman of the International Federation of Red Cross.

So, the recent spikes in news on Ebola and mentions on social media should have correlated to a higher amount of donations. But this is yet to be the case.

"We've seen the response in terms of funding rising slightly over the last few weeks and we are definitely far from being funded," says Carpentier.

And things haven't been different for MSF in Germany.

"We observed that the amount of donations has grown in recent times, which is certainly linked to the strong media coverage in connection with our Ebola projects," says Jirka Wirth, who heads the fundraising department at MSF in Berlin.

Still, the low amount of money the organization has received shows that media coverage hasn't triggered more donations from individuals.

Despite Ebola making the rounds on Twitter, many claim it is not getting the attention it deserves from the public.

The Ice Bucket Challenge, which raised more than $100 million for Amyotrophic lateral sclerosis (ALS), got people to act - either by posting a video online or making a donation. The Ice Bucket Challenge got more public attention as a result of the participation of celebrities on social media. Could a similar effort for Ebola have a similar result? Actor Jeffrey Wright started the Crush Ebola Now campaign this month.

"Sadly, it's taken the exporting of this Ebola virus into the United States and into Europe for us to realize that this area in West Africa is close to us, that these people are actually our neighbors, that we have here, particularly in America, a historical, cultural relationship with these people that we need to honor," said actor and activist Jeffrey Wright in an interview with CNN.

Have aid agencies underestimated the extent of the Ebola epidemic? After Germany experienced its first Ebola death, the epidemic is now at least gaining more attention. (16.10.2014)

A UN worker who was treated for Ebola in Leipzig, Germany, has died, according to the clinic where he was under observation in an isolation ward. He had been flown in from Liberia last week. (14.10.2014)

Fears of a US Ebola epidemic are spreading after it was revealed an Ebola-infected nurse flew on a commercial flight. Meanwhile, President Obama has called for increased urgency in the global fight against the disease. (16.10.2014)