A 31-year-old Iraqi migrant has been detained in north west Germany on suspicion of carrying out two sexual attacks in Bochum. He was arrested at a refugee hostel. 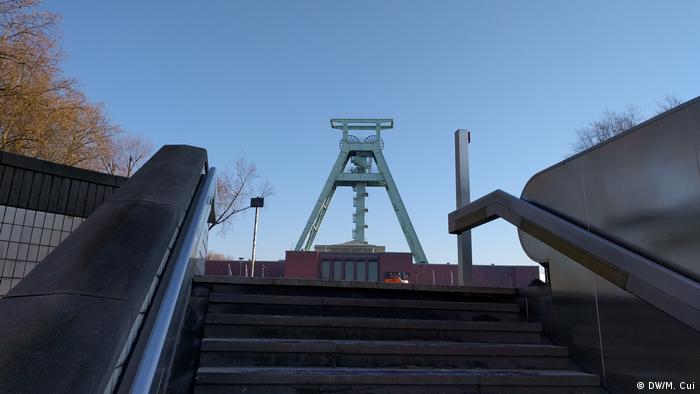 Freiburg: Shock in a near perfect world

She was involved in providing refugee aid and was then allegedly killed by a refugee. Freiburg, a city that has been pro-active about making asylum seekers welcome, has now been unsettled by the murder of a student. (06.12.2016)

A new report has found the perpetrators of hundreds of sexual attacks had arranged to meet at Cologne's New Year's Eve celebrations. The city's police are now drawing up the latest safety measures for this year's event. (05.10.2016)

The upper house of the parliament has passed a new law which no longer requires that a victim physically resists her attacker to prove rape. Bundesrat also passed bills related to human trafficking and climate change. (23.09.2016)

The two attacks - both on Chinese students - happened in Bochum in August and in November. Police said on Tuesday that the man, who can not be named for legal reasons, was arrested at his refugee hostel on Monday.

The first attack was carried out on a 21-year-old Chinese student in the university district of Bochum on August 6. The victim was seriously injured. The second attack was the rape of a 27-year-old Chinese student on November 16, a police official told reporters. DNA tests showed the two attacks were carried out by the same individual. Both victims were dragged into a bush where the attacker forced himself on the women.

The accused was tracked down after a witness noticed him in the university district and took photographs, which he then gave to police. These were used to identify him and DNA tests were taken. Police are investigating if he may have committed other crimes.

The Iraqi man lives in the Bochum hostel near the university with his wife and two children, according to Chief Prosecutor Andreas Bachmann. He arrived in Germany with his family in December 2015.

The man is to be charged with attempted murder, rape and grievous bodily harm. He denies the accusations.

The arrest comes just days after a 17-year-old Afghan man was detained on Friday on suspicion of raping and murdering a 19-year-old German student as she cycled home from a party in the southwestern city of Freiburg. 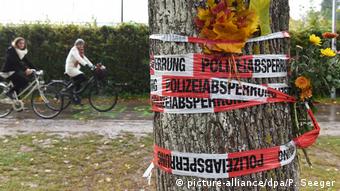 It also comes as Germany marks the anniversary of the hundreds of attacks on women in Cologne on New Year's Eve by men of North African and Arab appearance.

Speaking on ARD television on Monday night, Chancellor Angela Merkel was asked about the Freiburg case and she said it was important to not target refugees as a group:  "That was a terrible murder and, if it turns out that it was an Afghan refugee, then that is to be condemned, just as is the case with any other murderer," Merkel said. "But then I say that this can't lead to the rejection of an entire group, just as we don't draw conclusions about an entire group from one person in other circumstances," she added.

Government leaders and others have cautioned over a backlash against refugees following the Freiburg case.

The number of sexually-motivated killings has been steadily declining in Germany since the mid-1980s "parallel to a steady increase in" foreigners in the country, criminologist Christian Pfeiffer said, adding that nationality played "no role" in crime compared to "very important factors, which are formed in childhood."