Iraqi troops have cleared out the last pocket of "Islamic State" (IS) resistance and ended the battle in Fallujah, a general said. The news comes over a week after Baghdad declared victory in the war-ravaged city. 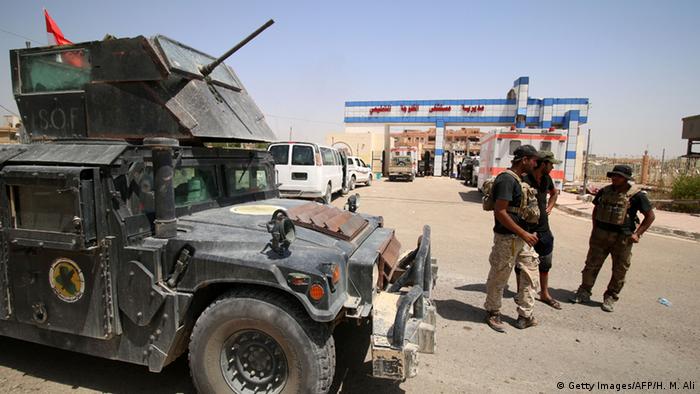 The IS militants were routed from Fallujah's northwestern al-Julan district, marking the end of the month-long battle for the city, Lieutenant General Abdul-Wahad al-Saadi said on Sunday.

The area had been "cleared by the counterterrorism service," according to al-Saadi.

"From the center of al-Julan neighborhood, we congratulate the Iraqi people and the commander in chief... and declare that the Fallujah fight is over," Wahad told state TV.

At least 1,800 insurgents were killed in the battle for the western city, he added.

The troops are now set to start removing bombs from the streets and buildings.

The ancient city, some 50 kilometers (31 miles) west of the capital, Baghdad, was the first to fall to the IS insurgency in early 2014. It has been under the jihadist group's control ever since. 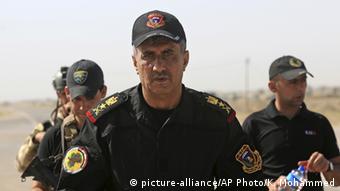 General al-Saadi (center) is in charge of anti-terror forces

Iraqi Prime Minister Haider al-Abadi declared victory over the IS forces last week, when Iraqi troops raised their flag above the government complex in the center of the city.

On Tuesday, however, the US-led coalition said that only one -hird of the city could be described as "cleared," as fighting still continued in several city areas.

The city was only "fully liberated" on Sunday, according to al-Saadi.

The IS still controls large swaths of Iraq, including the country's second-largest city of Mosul.

Fallujah also saw fierce fighting between US troops and al Qaeda militants in 2004.

Humanitarian crisis as tens of thousands flee Fallujah in Iraq

The government has declared victory in Fallujah, but the battle has left tens of thousands stranded in the summer heat in the desert. Aid workers have complained of inadequate resources to deal with the situation. (19.06.2016)