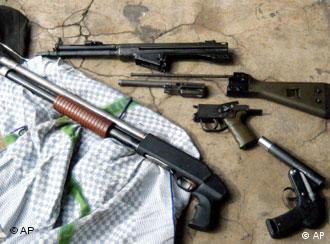 The man referred to as Saeed Sadeghi E, aged 52, is to be tried in Munich for espionage and 29 counts of breaching German arms export regulations between 2002 and 2006, prosecutors in Karlsruhe said on Wednesday, Sept 10.

The DIO had ordered machinery, parts and raw materials through Sadeghi E valued at 600,000 euros ($860,000), the prosecutors said.

The purchases were for plants making conventional weapons, not nuclear ones, according to the statement.

The statement said that Sadeghi E. had set up a front company in Switzerland to make the purchases from German suppliers, and used a Bavarian-based freight company to ship parts to Iran. He was in fact conducting the business from his home in Duesseldorf in Western Germany.

Sadeghi E, who had dual Iranian and German nationality, was arrested in Nov. 2006 and has been free on bail since Feb. 2007, the statement said.

Germany is the land of ideas and innovations. Yet it is not only business competitors who may try to gain secret access to German expertise, it is also foreign intelligence services that are spying on German companies. (11.11.2007)

Iran and the European Union reiterated their willingness to resume talks on the dispute over Iran's controversial nuclear programs, according to the ISNA news agency. (11.08.2008)