Iran's navy said Monday it has test-fired a cruise missile with stealth technology in a move sure to ratchet up tensions with the West, just days after Tehran unveiled its first domestically produced nuclear fuel rod. 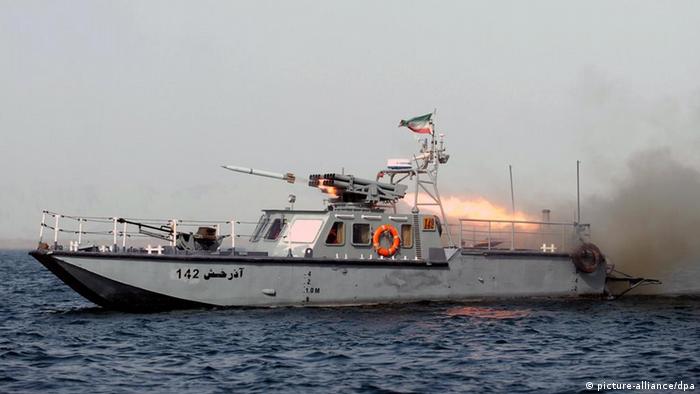 Iran has threatened to block the Persian Gulf

Iran on Monday successfully tested a "Ghader" surface-to-surface cruise missile on the last day of war games near the Strait of Hormuz in the Persian Gulf.

The "Ghader," which means "capable" in Farsi, is an upgraded version of an existing missile that had a range of 200 kilometers (125 miles) and could travel at low altitudes.

Admiral Mahmoud Moussavi told Iran's official IRNA news agency that it was the first time the missile had been tested and that it had "successfully hit its target and destroyed it." the missile is said to be entirely built by Iran in a move away from Chinese-designed missile technology. 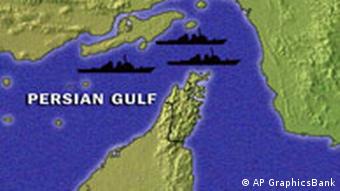 Shipping through the narrow Strait of Hormuz could be easily disrupted

The war games and the missile firing are seen by political analysts as a practice run for closing the Strait of Hormuz if the West were to block Iran's oil sales.

Warnings by Tehran have become more strident in recent days, with Vice Admiral Mohammad Reza Rahimi vowing last Tuesday that "not a drop of oil will pass through the Strait of Hormuz" if more Western sanctions are imposed on Iran.

The United States, whose 5th Fleet is based in the Persian Gulf, has said it will not tolerate a closure of the strait. Concern over the situation spiked over the weekend when US President Barack Obama signed into law new sanctions targeting Iran's central bank and financial sector.

The measures are aimed at squeezing Iran's crucial oil sales, most of which are processed by the central bank. The European Union is also considering additional sanctions, including an embargo on Iranian oil purchases.

Iran is the second-largest producer in OPEC after Saudi Arabia and depends on oil sales for 80 percent of its foreign currency earnings.

The missile test on Monday came just days after Iran said that it had tested its first domestically produced nuclear fuel rod.

The Iranian Atomic Energy Organization confirmed earlier media reports in a statement posted on its website.

"After going through physical checks, it was inserted into the core of the Tehran research reactor in order to study how well it works," the statement said. 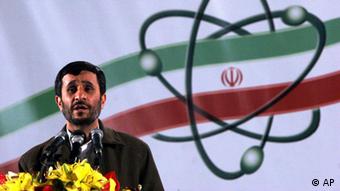 The Iranian Atomic Energy Organization did not specify the level of enrichment of the fuel rod, but the Tehran reactor, which is said to be used for producing isotopes for medical treatment, requires uranium enriched to 20 percent.

"Jalili will soon send a letter to Catherine Ashton over the format of negotiations ... then fresh talks will take place with major powers," the semi-official Mehr news agency quoted Alireza Sheikh Attar, the Iranian ambassador to Germany as saying.

Germany Foreign Minister Guido Westerwelle reacted to the news with caution, noting that while Jalili's comments had been "noted with interest," what really counted weren't vague statements but concrete measures.

"It is in Iran's best interests to finally fulfil its international commitments and to be transparent about its nuclear program," a spokesman for the Foreign Office in Berlin said on Sunday. "This is the only way new sanctions can be avoided."

Mounting tensions between the United States and Iran are likely to flare even further after US President Barack Obama has signed new sanctions against Iran's financial and oil sectors. (01.01.2012)

Iran has declared its readiness to resume nuclear talks with world powers. The concession came as a senior navy commander denied state media reports that the Islamic Republic had already test-fired long-range missiles. (31.12.2011)

EU to pursue Iran sanctions despite threat of strait closure

The European Union says it will go ahead with plans to impose new sanctions on Iran over its nuclear program. This comes as Tehran again threatens to close a waterway through which much of the world's oil passes. (28.12.2011)