Iran fires back against Western sanctions | World| Breaking news and perspectives from around the globe | DW | 22.11.2011

Iran fires back against Western sanctions

The United States, Britain, Canada and France have turned up the heat on Iran over allegations it tested nuclear warhead designs. Russia has condemned the move, which Iran worked Tuesday to play down. 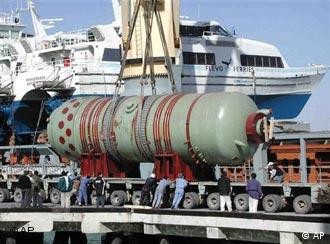 This year, with Russian help, Iran opened its Bushehr plant

Iran has dismissed a move by the US, Britain, Canada and France to impose tough new sanctions on its nuclear activities.

"Such measures are condemned by our people and will have no impact and will be in vain," Ramin Mehmanparast, Iran's Foreign Ministry spokesman, told a news conference on Tuesday, dismissing the sanctions as empty "propaganda" and accusing Britain of blindly following American foreign policy.

Russia also condemned what it called "extraterritorial measures unacceptable and contradictory to international law." Italy, on the other hand, offered its full backing to the economic sanctions, adding to international pressure on Iran's nuclear program.

The sanctions, which target Iran's financial and petrochemical sectors, follow a report by the International Atomic Energy Agency (IAEA) which suggested Iran tested designs used to make a nuclear warhead.

"Iran has chosen the path of international isolation," US President Barack Obama said in a written statement. "As long as Iran continues down this dangerous path, the United States will continue to find ways, both in concert with our partners and through our own actions, to isolate and increase the pressure upon the Iranian regime."

Taking an aim at oil

The US sanctions for the first time specifically target Iran's petrochemical industry, and expand existing sanctions on its oil and gas business and prohibit business transactions. 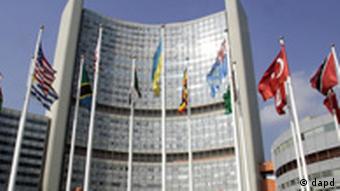 Iran's multibillion-dollar petrochemical sector is a key pillar of the economy and a major source of income for the regime.

Bayat said the US government had been trying for about a year to weaken Iran’s petrochemical and oil industries with sanctions, but that Iran had found various ways to outsmart Washington.

Sanctions by the United States also aimed to isolate Iran's banking sector, but stopped short of cutting ties with Iran's Central Bank, a step that could have cut the country off from the global financial system.

The British government said Monday it was cutting all financial ties with Iranian banks, including its Central Bank. Ottawa also said it would "block virtually all transactions with Iran" and ban the export of all goods for petrochemical, oil and gas industries.

France turns up the heat

France, while not taking concrete actions, urged the European Union and other nations to impose "sanctions on an unprecedented scale" - immediately freezing assets of the Iranian Central Bank and suspending purchases of Iranian oil.

France's proposals for new sanctions were addressed to the leaders of Britain, Canada, Germany, Japan and the United States, as well as European Union leaders, the French presidency said in a statement.

"As Iran speeds up its nuclear program, refuses negotiations and condemns its people to isolation, France is in favor of new unprecedented sanctions to convince Iran that it must negotiate," the statement said. 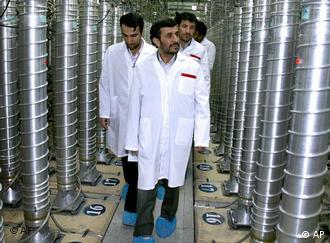 "For more than 10 years Iran has been pursuing an illegal nuclear program and developing a military nuclear capacity, as shown by the International Atomic Energy Agency," it said.

In Tehran, Trade Minister Mehdi Ghazanfari warned Western countries they were harming their own interests.

"Sanctions are a lose-lose game in which both sides make a loss. If they don't invest in our oil projects, they will lose an appealing market," Ghazanfari told a news conference before the British and US announcements.

Meanwhile, the EU was reportedly working on a preliminary agreement between EU governments to add about 190 Iranian people and organizations to a list of those hit with asset freezes and travel bans. They said foreign ministers could push through the toughened sanctions at their December 1 meeting in Brussels.

An IAEA resolution on Iran expresses 'deep and increasing concern' over a nuclear program which few now doubt has military links. A more strongly worded document failed to win support from Russia and China. (18.11.2011)

At first glance this week's meeting doesn't make sense. At a time of rising tensions over Iran's nuclear program, the IAEA will stage a conference on a nuclear arms-free Middle East. And yet there are signs of hope. (18.11.2011)

Iran's opposition in exile speaks out against possible military strike

The latest IAEA report on Iran's nuclear program was followed by Israel's saber-rattling. Iran's opposition in exile heavily criticizes the mullah regime but warns of any kind of military intervention. (11.11.2011)