Investigators Find Traces of Radiation on British Planes | Europe | News and current affairs from around the continent | DW | 30.11.2006

Investigators examining the events surrounding the poisoning of a former Russian spy found traces of radiation on two British Airways planes. Passengers on 221 European flights have been asked to contact their doctors. 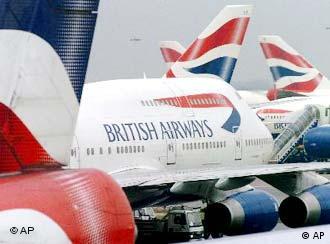 221 flights may have been affected

British Airways (BA) said "very low traces of a radioactive substance" had been found on two of its three aircraft, which were taken out of service to "enable forensic examination to be carried out."

The third plane under investigation was given the all-clear late on Thursday. 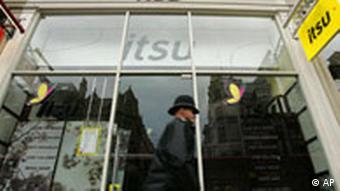 UK authorities asked visitors who ate at London's Itsu sushi bar on Nov. 1 to contact them

Greece, Turkey and Spain have asked BA to provide information on the flights which passed through their airports.

The airline estimated that 221 flights involving the three aircraft were affected, involving 33,000 passengers. Passengers on those planes were asked to contact their doctors. It wrote that it was contacting passengers on the affected flights and had set up a telephone hotline for concerned customers.

BA said it had been advised that the risk to public health was low and this was corroborated by British Home Secretary, John Reid.

In Germany, the concerns of some worried parents were allayed by scientists at the GSF research institute near Munich.

"In our opinion, the health risks for the passengers are almost nil," Herwig Paretzke, the head of the radiation protection department, told the Süddeutsche Zeitung:

Large quantities of the radioactive substance polonium 210 were found in the urine of former Russian spy Alexander Litvinenko, who died on Nov. 23. From his sick bed, he had accused Russian President Vladimir Putin of ordering his killing. Russia has rejected the allegations.

Traces of polonium 210 have also been discovered at a central London sushi bar where he met with the Italian academic Mario Scaramella and a central London hotel where the ex-secret serviceman met two Russian contacts on Nov. 1. 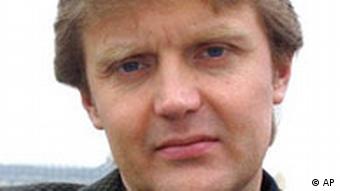 Scaramella has reportedly been given the all-clear from possible radiation contamination.

The substance has also been found at Litvinenko's north London home, at the office of exiled Russian billionaire Boris Berezovsky -- an acquaintance of Litvinenko -- and a security company. Two other locations are being searched.

Britain's domestic Press Association news agency said it understood a number of Litvinenko's friends and family had also been tested, including Berezovsky, but they are said to be in "perfect health."

The British Daily Telegraph newspaper reported that the polonium 210 that killed Litvinenko had been dropped on the floor of a London hotel room, according to a senior government official.

The paper also claimed that British scientists were believed to have identified the nuclear plant where the substance had been produced.

The fact that 47 of the BA flights were between Moscow and London reinforced "the theory that the origin of this material that killed Alexander in Moscow," said Litvinenko's friend Alex Goldfarb in London.

Anti-terrorist investigators believe the substance was brought to London from Moscow in the week before Litvinenko's death.

Public health officials have so far sent eight people for precautionary tests at a special clinic. Forty-nine staff at the two hospitals where Litvinenko was treated have also had to provide urine for testing, with results expected next week. None has been referred to the clinic and there was no risk of contamination at the hospitals, according to the Health Protection Agency. 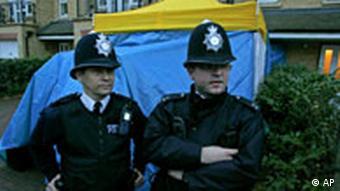 The investigation is ongoing

Elsewhere, speculation that poisoning could also be behind a mystery illness suffered by former Russian prime minister Yegor Gaidar who was recuperating in a Moscow hospital was confirmed by his spokesman Valery Natarov.

"This was an unnatural poisoning," Natarov said. "The doctors can't say what the substance is yet. We are expecting an official diagnosis at the beginning of next week."

Police in Ireland, where Gaidar fell ill last Friday, have started an investigation into the cause of his illness.

The academic, who is currently recovering in a Moscow hospital, heads an economic think-tank in Moscow that frequently criticizes Putin's policy of increasing state control over the economy.

The confirmation of the unnatural nature of Gaidar's illness has fuelled fears that his case might be connected with the death of Alexander Litvinenko and murdered Russian journalist Anna Politkovskaya.

The Council of Europe, not only British authorities, should be investigating the mysterious death of former Russian spy Alexander Litvinenko, according to some German politicians. (25.11.2006)

Germany must make sure press freedom and human rights abuses remain a central theme in relations with Russia, according to DW's Cornelia Rabitz. (11.10.2006)

Information on the effected British Airways flights and the airline's hotline