Investigator Says US Exported Torture Via Europe | Europe| News and current affairs from around the continent | DW | 24.01.2006

A European investigator has said there's convincing evidence that Washington sent detainees to third countries to be tortured but there was no "irrefutable evidence" of the existence of secret CIA prisons in Europe. 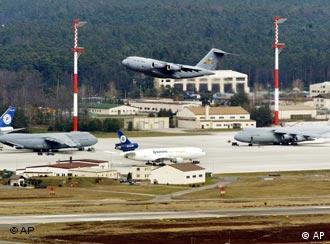 European airspace was used by the CIA to fly prisoners, the report says

Dick Marty, a Swiss member of the European Parliament and the chief investigator in the EU probe into alleged US abductions of prisoners and their illegal detention in secret CIA camps in Europe, said Tuesday that it was "highly unlikely" that European governments were unaware of CIA activities on their soil. 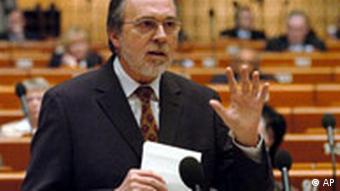 Dick Marty has ruffled feathers in Europe with his findings

There was "a great deal of coherent, convergent evidence pointing to the existence of a system of relocation or outsourcing of torture", Dick Marty said in an interim assessment presented to the 46-nation Council of Europe human rights watchdog in Strasbourg.

The report, however, found no direct evidence of CIA-run facilities on European soil.

"At this stage of the investigations, there is no formal, irrefutable evidence of the existence of secret CIA detention centers in Romania, Poland or any other country," he wrote.

Were EU governments in the know?

The EU probe comes in the wake of an explosive report published in US daily The Washington Post last November, alleging the existence of a network of secret jails operated by the CIA in Europe and covertly flying prisoners though airports on the continent in CIA planes.

The US government has neither denied nor confirmed the report. 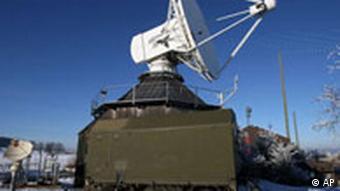 Marty on Tuesday also alleged that European governments, or at least their intelligence services, were almost certainly aware of the rendition "affecting Europe" of more than a hundred persons in recent years.

"Hundreds of CIA-chartered flights have passed through numerous European countries," Marty noted, adding that certain revelations had already been published in the media.

"It has been proved and in fact never denied that individuals have been abducted, deprived of their liberty and transported in Europe, to be handed over to countries in which they have suffered torture," the Swiss lawmaker said in a press release.

Marty pointed out that the US Secretary of State Condoleeza Rice, in a December speech to Europeans, did not at any point deny that the so called "extraordinary rendition" of terrorism suspects to third countries was taking place.

Tuesday's statements in Strasbourg weren't exactly a surprise given that Marty had already indicated earlier where his preliminary investigations were leading.

Earlier this month he accused EU leaders of "shocking" passivity, arguing they were aware of the CIA activities for at least two to three years.

"There are countries that have collaborated actively, and there are others who have tolerated. Others have simply looked the other way," Marty said.

It remains unclear what the fallout of the probe will be. The Council of Europe investigation coincides with a European Parliament temporary committee set up last week to probe CIA activities in European airspace and territory.

The committee has plans to summon high-ranking politicians and intelligence officials in Brussels during spring.

But some have doubts whether that will happen.

"Intelligence will not go to their national parliaments for hearings, so there is little chance that they will come to Brussels," British conservative MEP Charles Tannock, a member of the committee, told EUobserver.

"I doubt it seriously that European defense ministers will willingly come to Brussels to be cross-examined by the European Parliament."

The European Parliament set up a committee on Wednesday to analyze claims that the United States Central Intelligence Agency operated secret prisons on the continent. (Jan. 18, 2006)

So far, there has been no concrete proof of secret CIA prisons in Europe. But now, a Swiss newspaper says it has evidence. What is the next step? (Jan. 11, 2006)

In the past year, events have forced governments to adapt to an ever-changing threat in the "war on terror." Germany faces tough decisions in its own fight. (Dec. 12, 2005)