Slovak journalist Jan Kuciak and his partner have been shot dead in an attack "likely" tied to his reporting, officials say. Kuciak contacted police last year after receiving threats, but the case was reportedly ignored. 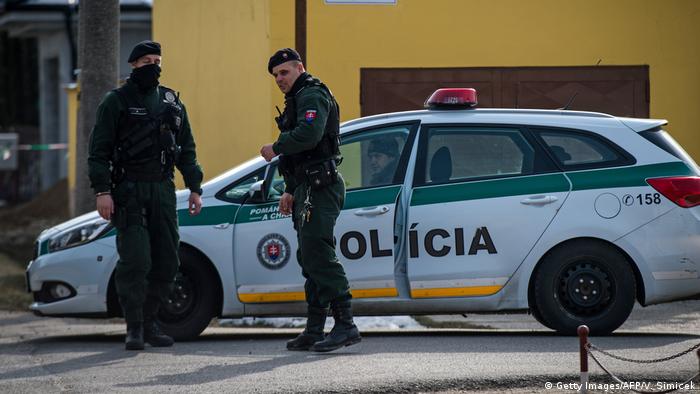 Investigative journalist Jan Kuciak and his girlfriend were shot to death in their home east of the Slovak capital, Bratislava, authorities said on Monday.

"The evidence indicates that the murder was planned and did not result from a spontaneous confrontation," police president Tibor Gaspar said.

Gaspar added that the killings "likely have something to do with his investigative activities," but did not elaborate further.

On Sunday, police went to check on his home in Velka Maca, 65 kilometers (40 miles) east of the Slovak capital Bratislava, after his girlfriend's mother said she hadn't heard from her daughter since Thursday. Both victims sustained gunshot wounds.

'Attack on freedom of the press'

The news has sparked outrage and condemnation from media organizations and Slovak politicians.

"Although the background is not totally clarified, there is justified suspicion that the crimes are connected with current research by our colleague," the publisher said in a statement.

Reporters Without Borders said in a statement that it was "appalled" by the murders. The group also urged authorities to thoroughly investigate the case, noting that Kuciak and others close to him "had been threatened in recent months."

Slovakia's Prime Minister Robert Fico said if Kuciak's murder was tied to his work, the case would be "an unprecedented attack on freedom of the press and democracy in Slovakia." He said the government would offer a reward of €1 million ($1.2 million) for information leading to the killers' capture.

"We have to find those who did it as soon as possible and ensure the safety of all journalists," said President Andrej Kiska in a statement.

European Commission chief Jean-Claude Juncker slammed the murders as a "cowardly act," adding that "the killing or intimidation of journalists has no place in Europe, no place in any democracy," according to a tweet by commission spokesman Margaritis Schinas.

One report said the journalist had been working on the Italian mafia’s use of euro-funds in eastern Slovakia.

In his last story for the site, Kuciak reported on suspected tax fraud connected with a luxury apartment complex in Bratislava.

Last year, Kuciak filed a complaint with police after threats from businessman Marian Kocner. Kocner is known for real estate deals as well as for insulting reporters and threatening to publish private information on journalists, according to the Slovak newspaper SME.

The editors-in-chief of major media outlets in Slovakia called on the government to take steps to find out who committed the crime and "also to create conditions for the safe work of journalists."