Intimidation and self-censorship rising in Turkey | Europe| News and current affairs from around the continent | DW | 30.07.2013

Turkey currently holds 64 journalists in its prisons, according to the opposition. Since the begin of the Gezi Park protests, working as journalist critical of Premier Erdogan has become increasingly difficult. 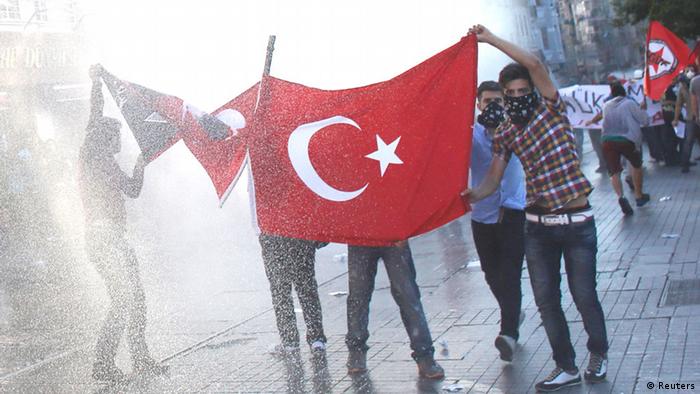 There are two very different versions of the status quo: Kemal Kilicdaroglu, head of Turkey's largest opposition party CHP, warns that Prime Minister Recep Tayyip Erdogan has transformed the country into a semi-open prison, a place where it's impossible for journalists to live and work properly. Deputy Prime Minister Bekir Bozdag, though, begs to differ: Many of the CHP's accusations have nothing to do with reality, he insists.

What's certain is that since the beginning of the protests in Gezi Park, many journalists have lost their jobs. The Turkish journalists' union TGS has logged 59 such cases. "The reason has been mostly the censorship policy of some media organization in their coverage of the Gezi Park protests," the TGS claimed. 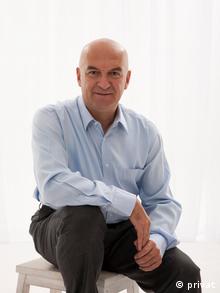 This week for instance, journalist Yavuz Baydar was fired. For nine years, he'd been working as ombudsman for the newspaper "Sabah." The paper is close to the government, and according to Baydar utterly failed in its coverage of the Gezi Park protests.

"My main task was to field criticism and reactions from our readers, and reflect that in my columns," Baydar told DW. "But my articles hadn't been published since the beginning of the protests," he said. Baydar, who is known in Europe as a liberal journalist, was invited in June by the European Commission to give a speech in Brussels - in which he criticized the press situation in Turkey.

Upon his return to Turkey, he experienced the first signs of outright censorship. "My criticism was directed against all Turkish media. They demonize media outlets like CNN, Al Jazeera and Reuters, depicting them as part of an international conspiracy," Baydar said. "Sabah" in particular criticized the German magazine "Der Spiegel" for making the Gezi Park protests its cover story.

But his article about these accusations against foreign media didn't get published. "My last column was about the independence of the ombudsman and the credibility of media organizations in general. Two days later, I got fired," Baydar said.

In Turkey, Baydar explained, public television stations don't work in the interests of the public. "That's a very worrying situation," he said, pointing out that he believes it's the prime minister himself who's mostly to blame for that. "Many members of cabinet don't actually agree with how the media is treated, but the intimidating presence of the prime minister is just too much pressure." 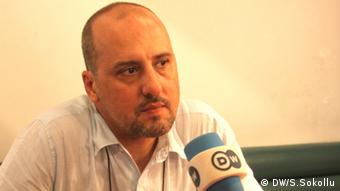 According to investigative journalist Ahment Sik, Turkey's media is going through its darkest time in decades. "There's always been censorship, but I cannot recall that there's been as much self-censorship as there is today. People are losing their jobs, in print and TV," Sik told DW. He himself spent some 13 months in prison after being accused of being a member in an armed underground group.

Each of the 64 journalists currently in prison is being held on charges related to their work, he explained. "If you look at the cases and the 'evidence' used against them, you see things like phone conversations between journalists, conversations with informants, or photos or articles they've published."

Sik himself was accused of working with terrorists because of a book he was researching. "If you accuse someone of being a terrorist or belonging to a terrorist organization, then the evidence used to incriminate you should be a gun rather than a photo camera," Sik said.

The government itself is behind the pressure and the cruelty, Sik believes - something obvious upon examination of the protests: "Six people were killed, among them a policeman, while many others are still in hospital. I can find no other word than 'terrorism' for a mentality that responds to peaceful demonstration with brutal violence."

At the moment, the best thing for journalists is to not work for mass media, Sik concluded. "My friends who still do work there all are somewhat ashamed."

What started as a peaceful protest against plans to develop an Istanbul park expanded to a rebuke of Turkish Prime Minister Recep Tayyip Erdogan's policies. As unrest continues, DW reviews how the demonstrations started. (30.07.2013)

A new round appears to have opened in the fight between religious and secular interests in Turkey. Turkish citizens took to the streets after an Islamic pundit described appearing heavily pregnant in public as immoral. (29.07.2013)

As the protests in Istanbul reverberated in Berlin, DW's Stuart Braun discovers an alternative side of the capital's Turkish community. (26.07.2013)