Legalizing same-sex marriage will reduce discrimination, says Klaus Jetz, director of the Lesbian and Gay Federation in Germany. In an interview with DW, he warns about the prevalence of homophobia in Eastern Europe. 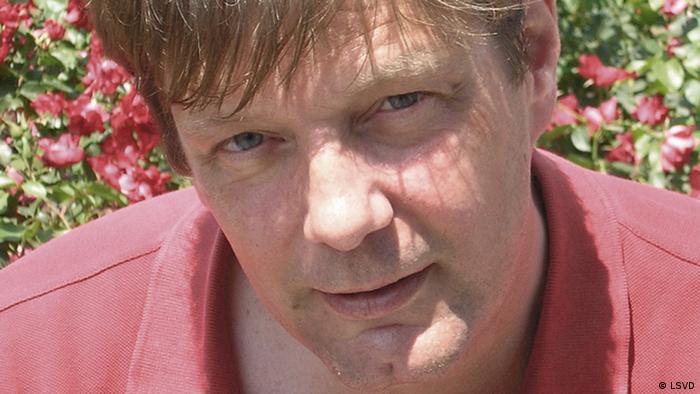 DW: When the debate about same-sex marriages flared up in France, the foreign media focused on the attacks by those opposing a change in the law. Is homophobia on the rise in Europe?

Klaus Jetz: Opinion polls show that, in France, a majority is in favor of same-sex marriage. The average citizen does not have a problem with homosexuals being allowed to marry and assume the responsibilities that go with that, including raising children. That's a conservative way of thinking. In France, this movement is not so much about homophobia or a dislike of homosexuals, it's about mobilizing against the [Socialist] Hollande government.

Such attacks are by no means an exception in Europe. As an international federation, where have you encountered particularly pronounced intolerance?

We experienced aggressive attacks and violence in Poland and Lithuania when we supported Christopher Street Day (CSD) there. It was concentrated hatred. That's something we don't see here. We were shocked by the aggression we were confronted with by the counter-demonstrators. Again and again, CSD parades are banned. Religious leaders give hate speeches. When a society is in economic difficulty or a situation of upheaval, minorities become the focus of fears and protests.

The European Union is calling for anti-discrimination laws that member states will have to incorporate into their constitutions. Why isn't Germany championing more of these initiatives within the EU?

The EU was always a driving force for equality in its member states, and especially for a policy of non-discrimination on the basis of sexual orientation and sexual identity. Thanks to the EU, Germany also has such a gender-equality law. What annoys us is that Germany prevented the introduction of further anti-discrimination policy. It's written into the governing coalition's agreement that they won't support such initiatives. As a result, Germany is putting the brakes on the EU Commission. We condemn this because Germany is withholding rights that is guarantees [and would be implemented by further EU regulation] for lesbians, gays and other minorities in Eastern Europe.

When will Germany make it possible for same-sex couples to marry?

Homosexual relationships are also lived according to conservative values. We demand equal rights for equal love. More and more countries are making it possible for gays and lesbians to marry. France is a milestone in this respect, and after Britain it will be Germany's turn. It's just a question of time, but it won't be long now. The more countries that introduce civil partnerships or marriage for same-sex couples, the more will follow their example. In 10 years' time, lesbians and gays should be able to get married in the majority of EU states.

Klaus Jetz is the director of the Lesbian and Gay Federation in Germany, and of the Hirschfeld-Eddy Foundation for the human rights of lesbian, gay, bisexual, transgender and intersexual people.

Gay rights and marriage in Europe

Gay couples are still struggling for equal rights. Several European countries have either legalized or have plans to legalize same-sex marriage. DW takes a look at the situation across the continent. (04.03.2013)

How much more tolerance can Europe take?

France has just taken a big step towards equal rights for homosexuals by allowing same-sex couples to marry. Across the EU, however, acceptance of civil partnerships varies considerably. (01.04.2013)

Senior members of Merkel's Christian Democratic Union want to address equal rights for homosexuals. They are looking into taxing same-sex partnerships like married couples. But the party's base is divided. (04.03.2013)

Gay marriage; green electricity - Germany's conservatives and the struggle for their values