Interpol has suspended a 10-year, 20 million euros ($22.4 million) partnership with FIFA meant to curb match-rigging and illegal gambling. The football organization says it is "disappointed" by the decision. 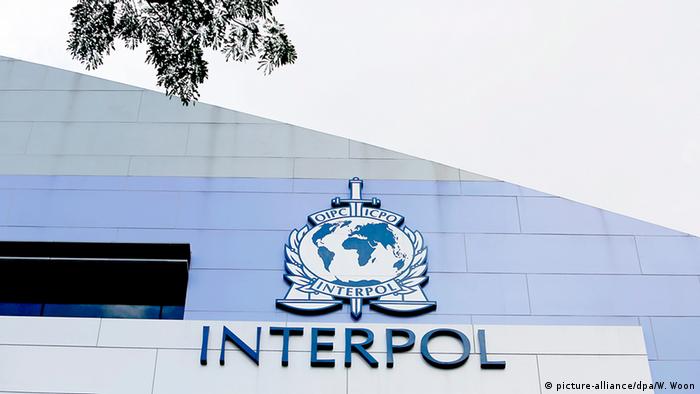 Interpol halted its cooperation with FIFA on Friday, hinting at the corruption scandal rocking the football world as the reason behind its decision.

The decision was taken by Interpol Secretary-General Jürgen Stock, who said the intergovernmental organization would "freeze the use of financial contributions from FIFA" for as long the deal was suspended.

"In light of the current context surrounding FIFA, while Interpol is still committed to developing our 'Integrity in Sport' program, I have decided to suspend the agreement," Stock said in a statement on Friday.

The FIFA funds, provided to Interpol in a May 2011 deal on the 10-year program, were the largest contribution from a private partner. However, a clause in the agreement specified that football's governing body must be "compatible with the principles, aims and activities of Interpol" during the collaboration.

"All external partners, whether public or private, must share the fundamental values and principles of the organization, as well as those of the wider law enforcement community," Stock said.

FIFA said on Friday that it was "disappointed" by Interpol's decision and that it was attempting to contact Interpol to reverse the move.

"Our cooperation over the past four years has been a key part of addressing the transnational problem of match fixing," FIFA said in a statement. "This successful program is unrelated to the current issues surrounding FIFA and we believe that this unilateral decision will negatively impact the fight against criminal activity."

Long plagued by corruption allegations, FIFA has been seriously on the back foot since May, when the US Department of Justice indicted 14 current or former FIFA officials on corruption-related charges. Less than a week later, just days after securing a fifth term in office, FIFA President Sepp Blatter announced his intention to quit, once a fresh vote for a successor has taken place.

After several FIFA senior officials were arested this past week, the corruption watchdog has called for more transparency. But with the FIFA presidential election around the corner, are the candidates proposing reform? (28.05.2015)

FIFA President Sepp Blatter announced his resignation and the world of soccer heaved sigh of relief. It would, however, be naïve to believe that his departure will solve FIFA's problems, says DW's Martin Muno. (03.06.2015)