Once again, the re:publica in Berlin has opened its doors to visitors from across the globe. DW's Malte Rohwer-Kahlmann was on the ground for us to report from the Internet event in its 10th year. 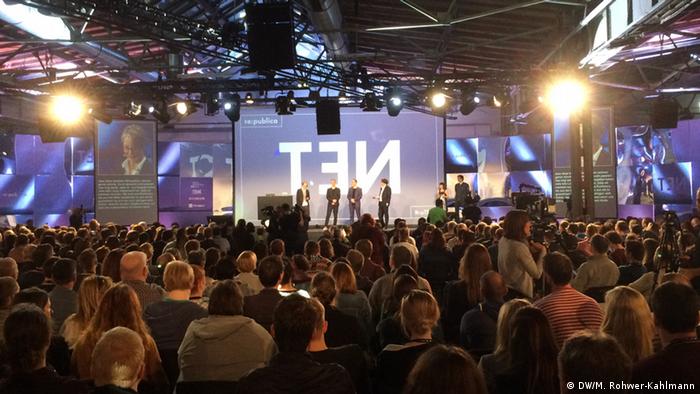 re:publica continues to cover everything from net politics to business innovations.

With the sun beaming down on Berlin, many visitors spent their time outside, lounging around and networking over a cold drink or two. Those who did venture into the pleasantly cool exhibition halls could certainly not miss one of this year's hot topics: virtual reality.

People wearing virtual reality glasses were a common sight at many stalls. Oblivious to their surroundings and vigorously reaching out into empty space right in front of them, it is safe to assume they enjoyed themselves as much as their onlookers did.

Market analysts predict the number of worldwide virtual reality users is going to rocket over the next few years. By 2018, it is supposed to almost quadruple to 171 million, compared with now. But what is the appeal of escaping into a virtual reality?

"I'm not only a spectator, I am inside the scene. I can actively step in," explained Arne Ludwig, a leading member of Germany's First Professional Association for Virtual Reality (EDFVR). "What I find exciting is manipulating the world." 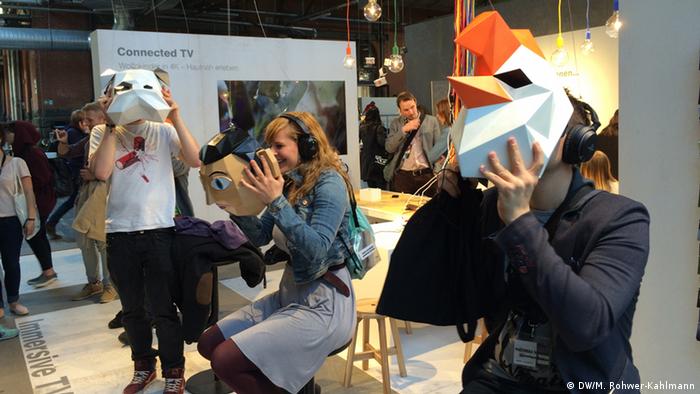 It doesn't take much at the re:publica in Berlin to find yourself caught in a virtual world

He thinks virtual reality will create plenty of new opportunities in many entertainment sectors, including computer gaming, film, sports and - last but not least - pornography. But also other areas will benefit. One exhibit showcased a program that let users complete physiotherapeutic exercises in form of a game. "This immediately increases motivation," said Ludwig.

'It made me feel pretty queasy'

re:publica visitors were eager to test the many virtual reality exhibits on offer and came out with mixed opinions. "It's not that realistic yet, but for short moments you do lose yourself - especially because of the wheelchair's movement," said Michael Netsch, after finishing a horror game, in which the player sits in a wheelchair rocked by two staff members in sync with the action.

Virtual reality for all

Virtual Reality for the masses

"It made me feel pretty queasy," said Silke Arfmann, who tested several other exhibits. "Being completely shut off from the world with everything moving around you - I find that very exhausting."

re:publica will continue to Wednesday, with virtual reality remaining one of its hot topics. Those who missed it this year will not have to wait a whole year. Organizers announced this morning they would host the first-ever re:publica outside Germany in Dublin, Ireland, starting October 20.