International lefthanders unite! Here are five cool things about being a leftie | Science | In-depth reporting on science and technology | DW | 12.08.2016

International lefthanders unite! Here are five cool things about being a leftie

On August 13, all you left-handers out there will have a day to bask in the greatness of your dominant hand. It's International Lefthanders Day! Here are five cool things to ponder on your big day. 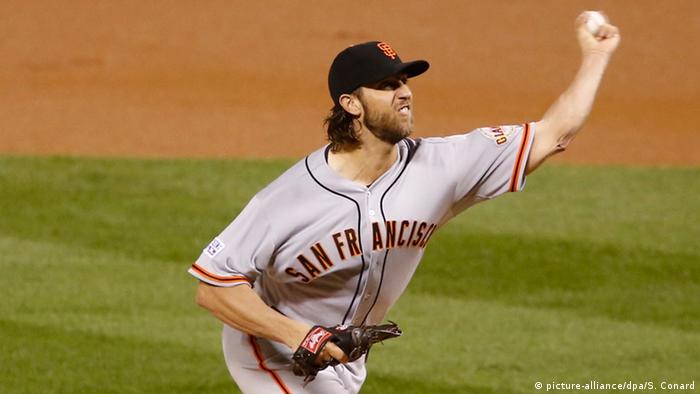 It's no secret that lefties have it rough. Writing in spiral notebooks hurts, cutting anything with a scissors is a real pain, and the cup-holder in cars is always on the wrong side. Unless, of course, you're a leftie in a country where the steering wheel is on the right. If this is the case, then you do, indeed, have the upper hand.

Here are five more great aspects about being a left-hander (in no order of greatness).

In the 1980s and 1990s, this myth was advanced by studies published in peer-reviewed science journals. In one study, researchers had looked at death records in California and called relatives to find out if the deceased were right or left-handed. After evaluating the numbers, they found that the average age of death was approximately nine years younger for lefties than for righties. But the researchers made a small yet significant mistake: "They only looked at the dead," Chris McManus, professor of psychology and medical education at University College London, has been quoted as saying.

Because left-handers are more common now than they were then - left-handedness isn't "trained out" of kids anymore - left-handers in general were younger on average than right-handers. Some of the people who died at an older age and whose relatives told the researchers dear old grandpa was right-handed could have been born as lefties but were made to change. In other words, left-handed people live just as long as right-handers. Hooray!

The man who some say has the most powerful job in the world is a leftie. US President Barack Obama signs bills and vetoes with his left hand and the leftie community has taken note.

Other famous lefties include Albert Einstein, the genius who came up with the relativity theories, Bill Gates, who gave us Microsoft, and Oprah Winfrey, the woman whose entertainment empire has made billions of dollars.

As everyone who interacts with other human beings at all will have noticed, there are way more righties than lefties around. The exact numbers are unclear.

"Scientists disagree over what percentage of human populations are 'right-handed' or 'left-handed' because there is no standard, empirical definition for measuring 'handedness,'" M.K. Holder, the executive director of the Handedness Research Institute, told the magazine Scientific American. "Our criteria vary, and are based on various theoretical explanations."

Still, between 70 and 95 percent of humanity is right-handed, which means that as a leftie, you are basically part of an elite club.

4. Your joints are better.

A study published in the journal "Laterality: Asymmetries of Body, Brain and Cognition" in 2005 showed that left-handed people are less prone to arthritis, a joint disorder that comes with inflammation and pain. The researchers worked with an unusually large sample of people - 1,247,344 to be exact - and also found that left-handers get fewer ulcers than right-handers.

5. When it comes to sports (baseball, for instance), you can be of great value.

If you're a left-hander and you can pitch, you are a coach's gem on the baseball diamond. This is because it's much harder for left-handed hitters to face left-handed pitchers, based on the angle the ball comes flying in towards the plate and its spin.

It's virtually impossible to learn how to pitch left-handed, so if you happen to be one of those southpaw hurlers from birth, then, as the saying goes, the baseball gods were "looking at you, kid."

They all do it: Kurt Cobain, Jimi Hendrix and Phil Collins play music with their left hands. On Left-Handers' Day, DW presents 10 of the greatest left-handed musicians - and what you should know before becoming one. (13.08.2015)