As Intel is rushing out patches to fix its chip security flaws, it has become known that CEO Brian Krzanich had sold off a large chunk of his stake in Intel before the problem was disclosed to the general public. 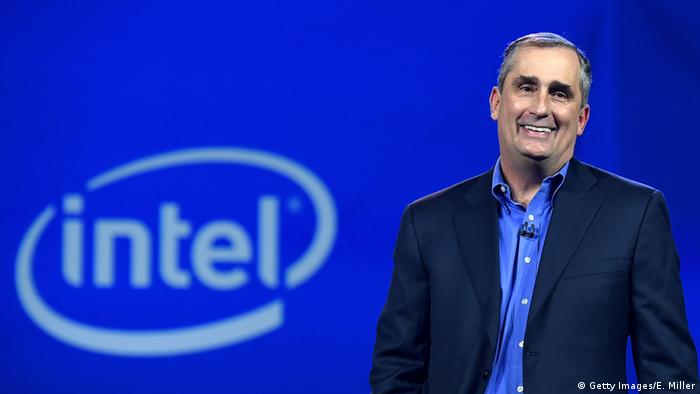 According to a Securities and Exchange Commission (SEC) filing, Intel chief executive (CEO) Brian Krzanich sold about $39 million (€32.3 million) in stocks and options in late November — several months after Google informed the chipmaker of a serious security problem affecting its products, but before the vulnerability became known this week.

News media reported that Krzanich apparently netted about $25 million on the transaction of 644,135 shares. A spokeswoman for the Intel CEO said that Krzanich's decision to sell the shares was unrelated to the chip security problem disclosed on Wednesday.

The SEC filing also showed that the sale was part of an Intel plan created on October 30, just a month before its CEO disposed of his shares. It allows company executives to sell stocks they own at a pre-determined time so that they are not accused of insider trading.

The sale has allowed Krzanich to whittle his holdings down to about 250,000 shares, which is the minimum he is required to own under Intel's rules.

Intel said Thursday it originally wanted to publicly disclose the problem with its microprocessors next week, but was forced to address it earlier because of media reports featuring the vulnerabilities.

Reportedly, Intel and other chipmakers were already notified of the hardware bugs in June. The bugs, known as Meltdown and Spectre, could allow programs to steal data from the memory content of a computer, potentially exposing passwords, personal photos, emails, instant messages and even business-critical documents.

Intel chip flaw: Just how alarmed should users be?

Intel chip flaw: How alarmed should users be?

Intel is at the center of the problem because it supplies the processors used in many of the world's PCs, and virtually every processor Intel has made since the mid-1990s is affected.

Intel has claimed, however, that the problem is "not a bug or a flaw in Intel products" but rather a broader problem that affected processing techniques common to all modern computing platforms.

Amid a frantic rush to patch the security flaw, experts are struggling to determine the impact of the discovered vulnerability.

Mozilla researcher Luke Wagner said in a blog post Thursday that the full extent of this class of attack was still under investigation. "We are working with security researchers and other browser vendors to fully understand the threat and fixes," he said.

And Steve Grobman, chief technology officer at security firm McAfee, said that the revelations affected the "foundational modern computer building block capability" which enforced protection of the computer's operating system. "Businesses and consumers should update operating systems and apply patches as soon as they become available," he urged in a statement.

Meanwhile, Intel announced "significant progress" in addressing the threats. "Intel expects to have issued updates for more than 90 percent of processor products introduced within the past five years," an Intel statement said Thursday.

As the two bugs can be found not only in personal computers, but also in mobile devices and cloud services, US tech giant Apple warned that all its Mac systems and iOS devices were affected. The iPhone maker cautioned at same time that there were "no known exploits impacting customers at this time."

But some experts pointed out that the only real "fix" in some cases would be replacing the chip itself, which would be a massive issue for the computing industry.