Integration Debate Heats up in Germany | Germany| News and in-depth reporting from Berlin and beyond | DW | 20.11.2004

Leading German politicians have said Muslims will have to integrate themselves better if they wish to remain in the country. This coincides with conservatives' calls to emphasize patriotism and Christian values. 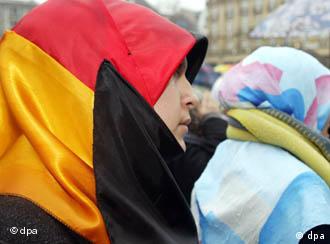 Speaking at his party's convention in Munich, Bavarian Premier and Christian Social Union (CSU) leader Edmund Stoiber demanded a clear commitment from immigrants to the basic values of German society.

"Yes to openness and tolerance, no to Islamist head scarves," Stoiber told delegates, who unanimously voted against a Turkish EU membership and for cutting social welfare benefits for foreigners who are unwilling to integrate. 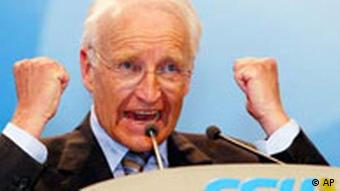 Stoiber (photo), who called on young Germans to reclaim "traditional German values" such as a willingness to perform, discipline, punctuality, a sense of duty and politeness, received backing from several other conservative leaders.

In an interview with German newsmagazine Der Spiegel, Jörg Schönbohm, the interior minister of the eastern German state of Brandenburg, rehashed demands for a so-called German Leitkultur, or leading culture, which had been at the center of a heated debate several years ago.

"Anyone who comes here has to accept the German leading culture," said Schönbohm (photo, below), a member of the CSU's sister party, the Christian Democratic Union (CDU). He added that Germans share a common language, values and laws. 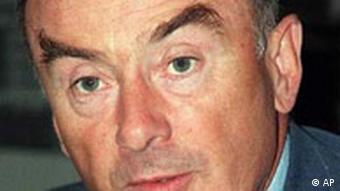 "We cannot allow foreigners to destroy this common basis," he said. Conservatives should also pay more attention to patriotism and Christian values to prevent voters from shifting to right-wing extremist parties as happened in recent state elections, he added.

"Multi-culturalism, as propagated by the red-green (German government) for years, has proven to be illusionary," he said.

Schröder warns of "conflict of cultures"

Schröder warned of a "conflict of cultures" and said Muslims "must clearly and without misunderstanding demonstrate that they accept our legal order and democratic rules." 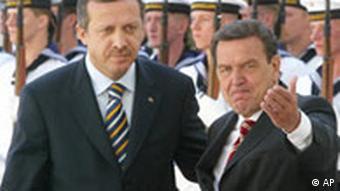 In his speech, to be delivered later on Saturday when Berlin's Jewish museum offers a tolerance prize to former President Johannes Rau, Schröder emphasized the importance for foreigners living in Germany to learn the language.

"Without linguistic abilities, no integration and no dialogue can take place," he said.

Calling on German leaders to promote active participation of foreigners in local government and volunteer organizations, Sigmar Gabriel, a former Social Democratic premier of the northern German state of Lower Saxony, said the state should also push for more immigrants in the country's police force.

"The state has to say: We need you," Gabriel said.

German politicians have been debating the integration of the country's estimated three million Muslims following the killing of Dutch filmmaker Theo van Gogh by a suspected Islamic extremist on Nov. 2 and the resulting tension and violence in the neighboring country. 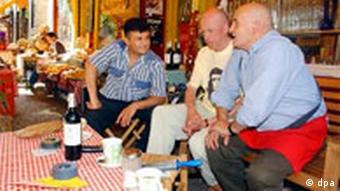 Three men outside a Turkish store in Berlin's Kreuzberg neighborhood.

But Turkey's ambassador to Germany, Mehmet Ali Irtemcelik, told Focus newsmagazine that it was unfair to put Germany's Muslim community in the dock. Saying that only 3 to 4 percent of Turks living in Germany were Islamic radicals, Irtemcelik called on politicians to work with millions of his countrymen willing to integrate themselves into German society.