Inside Europe: the Inside Take on European Affairs

Inside Europe is a one hour weekly news magazine exploring the topical issues shaping the continent. 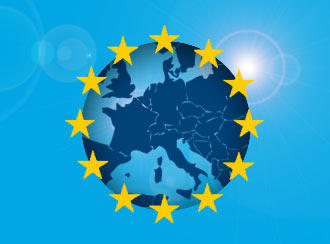 No other part of the globe has experienced such dynamic political and social change in recent years. The end of the Cold War, the introduction of a single currency, the enlargement of the European Union eastwards -- momentous events affecting the lives of millions -- and of interest to millions more. The annual handbook "Passport to World Band Radio" named Inside Europe in its top ten in the 2000, 2004, 2006 and 2008 editions.

The program, hosted by Helen Seeney, includes interviews with newsmakers and personalities, background features and cultural reports from correspondents throughout the region.

Meet the Inside Europe Team

Please copy the URL into your podcasting software to subscribe.

Find out when to listen to Inside Europe and other DW programs.