Innovations: Curse or blessing for the labor market? | Business | Economy and finance news from a German perspective | DW | 25.11.2013

Innovations: Curse or blessing for the labor market?

What job opportunities are created by technological advances? Who benefits the most - companies or workers? These are questions that produced surprising answers at a top-flight conference in Munich. 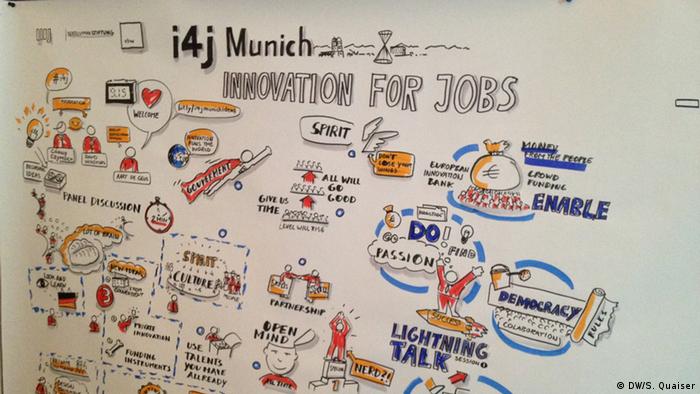 This weekend (November 23, 2013), some 40 renowned guests from Europe and the United States met in Munich to discuss the impact of the newest technological innovations on business.

Research and development teams of large companies determine how to use the latest in technology to make their products even better, or how to produce their products at a lower cost - whether by using new machinery or by changing workflows. Workers play a key role in this process, as they have to adapt to the constant change in technological advancements. However, this is not always easy. Many of the conference guests are or have been company directors or board chair people and practically all of them have been responsible for cutting jobs.

David Nordfors from California is a go-getting thinker who engages in debates in the USA and Europe. It was also at his initiative that these clever minds were invited to Germany. The conference’s name, i4j, stands for "Innovation for Jobs." Nordfors criticizes the fact that governments often do not have any unified strategy in this area. He says most governments have a labor ministry and a separate department for new technologies. However, he believes both of these areas should be the responsibility of one ministry. The present situation, he says, is a great obstacle. Nordfors did, however, point out that there have been attempts at a local level, in municipalities or cities, to put one department in charge of both areas.

Employers under an obligation

The conference was concerned primarily with collecting ideas. Proposals were gathered on how innovation potential could be implemented without losing employees. But, as one employer pointed out, employees and workers are usually lethargic, with few of them taking action by pursuing further training. He said they only changed their views when they were fired. Many companies do not have an easy time of it, David Nordfors says. "Companies, they want to have good employees, but they don't see it as their responsibility to create employment. Their responsibility is to earn profit."

Job loss only for others?

A recent study commissioned by the Bertelsmann Foundation involving 34,000 employees in Germany shows that 78 percent of respondees have felt the effects of technological advances at their place of work, but that only half of them had been prepared for it by the company they worked for.

Almost 50 percent have experienced job cuts in their direct working vicinity, but 80 percent do not feel threatened themselves. The logical conclusion is that employees who feel too secure in their job see no reason for change or for personal development.

Stefano Scarpetta, the Director for Employment, Labor and Social Affairs at the OECD, calls on governments to support further training for employees. “But the employers themselves should also invest more in their personnel to enhance the talents working in the company. Constant learning is the key to success.”

The participants generally saw the survey results optimistically, with the consensus being that both sides - companies and employees - profited equally from innovation. "Innovation means both that jobs are lost and that new ones are created," said Aart De Geus, the chairman of the board of the Bertelsmann Foundation. 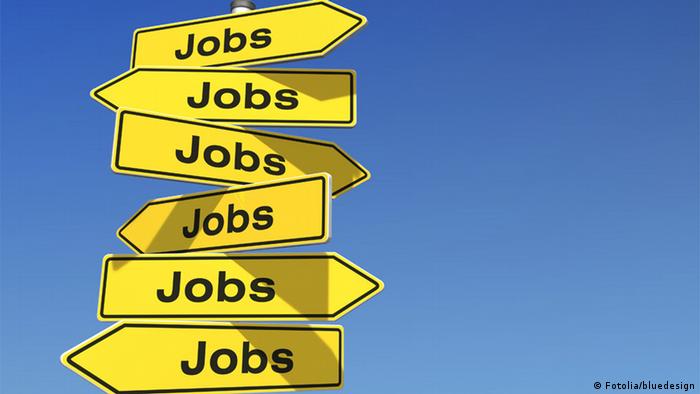 New technology doesn't have to result in fewer jobs

The automobile industry provides a good illustration of the change from job loss to job creation. Exactly 100 years ago - on 1 December 2013 - Ford launched its assembly-line production. At first, this cost jobs, as fewer workers were needed to build vehicles. The time required to produce a car was reduced from twelve hours to 93 minutes. At the same time, the cost per car sank dramatically, making it affordable for more people to buy one. The demand grew, which in the end also caused the number of jobs to rise.

These days, the internet can justifiably be called a veritable job machine. It is a technology that can destroy jobs - for instance, by online trading, which is a threat to stationary retailers - but also creates new fields of business, and jobs, that did not previously exist.

Everyone is an entrepreneur

Participants at the Munich conference were unanimous in their opinion that all employees can develop further, whether they work in production or at a desk. Even assembly-line workers could prepare for new developments, they said. "Everyone has a lot of talents," said De Geus from the Bertelsmann Foundation. Many of the participants also said everyone had the potential to become an entrepreneur if the money is given to implement his or her ideas. A man from Bavarian industry put forward the idea that even traditional handicrafts such as shoemaking could be adapted to meet the needs of the future; it was only necessary to find a niche, he said.

The former Swedish Labor Minister, Sven Otto Littorin, gave an example of such a niche from his country. He spoke of a young woman who capitalized on the trend of hair extensions and today sells the artificial hair via her online platform.

David Nordfors said the conference deliberately did not intend to give political advice, which meant that governments were being deprived of good ideas put forward by pragmatists. However, he said, the thoughts generated at this conference would reach companies, with some of them being integrated to change the way companies earn money. Employees would feel the effects of this sooner or later, he claimed. But the consensus reached in Munich was that workers must be taken along on this path into the future.

Technical professions are still a predominantly male domain, as a visit to the Hanover Trade Fair shows. But there are exceptions to the rule, which might herald a change in the sector. (12.04.2013)

Joblessness in industrialized economies will remain high for at least the next one and a half years, the OECD claims in its Employment Outlook. It's particularly worried about persistent youth unemployment. (10.07.2012)

No other company in the world spends more on research into its products than German auto giant Volkswagen. But for European firms as a whole, their R&D spending is a cause for concern, says the EU. (18.11.2013)