Two prisoners have been beheaded, another killed and two guards taken hostage during a riot in a prison in southern Brazil. Officials say inmates are rioting to press for better facilities in the overcrowded jail. 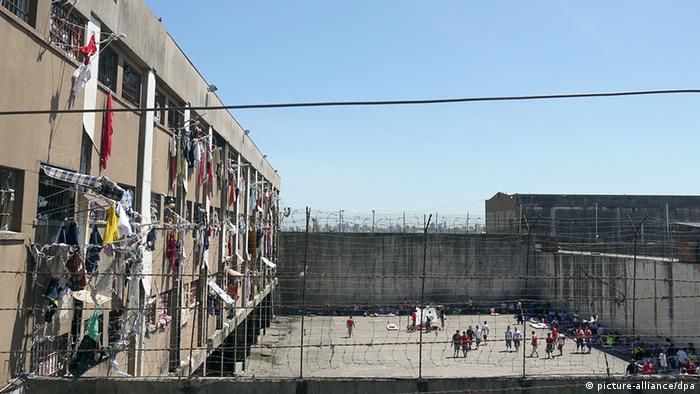 Inmates of the Cascavel state correctional center in the southern city of Parana on Sunday set objects on fire and were using metal poles to cause damage to the overcrowded prison.

Two prisoners were beheaded and at least two agents were taken hostage in the uprising, said military police Capt. Ricardo Pinto. Authorities later learned of a third prisoner who was also killed.

The revolt began before sunrise when a prison guard was captured, Pinto said.

Miguel Llanela, a civilian police officer at the correctional center, said 80 percent of the facility, which houses 1,400 inmates, has been taken over by prisoners. State prison officials told G1 news the prisoners launched the violent push for better food and cleaner facilities.

Local media showed images of inmates on the building's rooftop with some waving banners with the initials PCC, for a criminal prison gang formed in the 1990s.

Brazil currently has more than half a million prisoners and faces severe overcrowding. In January, the United Nations called for an investigation into a wave of violence at Brazil's Pedrinhas prison after a video was released showing several decapitated inmates.