Indonesia is one of the world's largest exporters of raw materials. But now the government wants to promote domestic processing by banning mineral ore exports. The ban, however, threatens the livelihoods of many miners. 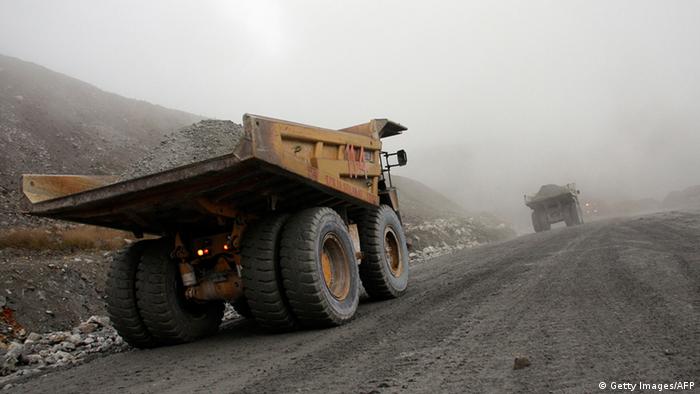 It is arguably one of the most far-reaching economic policy decisions the Indonesian government has taken since President Susilo Bambang Yudhoyono came to power some ten years ago. The new law, which came into effect on January 12, stipulates that only "processed" minerals may be shipped to other countries - although some exceptions were made. The government argues the long-planned ban on mineral ore exports is designed to strengthen the state-owned manufacturing industry.

According to Sutan Bhatoegana, chairman of the Indonesian Parliament's House Committee for Mining Affairs, the Southeast Asian nation will "benefit greatly" from this law because "we will no longer sell raw materials for little money." 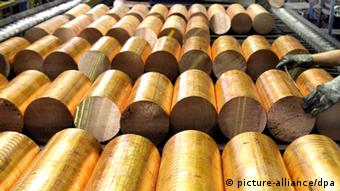 But Bhatoegana also told DW that the major international mining companies should be compelled to process the raw materials in the country. "If corporations build processing plants in Indonesia, this will create additional jobs and enable the government to make larger profits."

The new law is highly controversial. International mining companies as well as some Indonesian labor market experts were up in arms against the ban, which was in the making since 2009. Only minutes before the legislation was passed, the government finally relented and gave in to some of the major demands of the mining companies, resulting in materials such as copper, iron ore, lead and zinc being excluded from the export ban.

Indonesia has recalled its ambassador from Australia following reports that a spy agency attempted to listen in on the Indonesian president. The recall comes amid an already tense diplomatic relationship. (18.11.2013)

Conviction and curiosity: A German Jesuit in Indonesia

He may only be known to a small circle of Indonesia experts in Germany, but Franz Magnis-Suseno plays a key role in building religious bridges for inter-faith dialogue between East and West. (11.11.2013)

Indonesia has shown steady growth in recent years, with a rapidly expanding middle class that has an increasing hunger for consumer goods. However, experts warn there are traps for this Asian tiger to avoid. (30.08.2013)

This was mainly a concession to two large American mining companies that together account for about 97 percent of the nation's total copper mining output. The Ministry of Industry announced that it would allow certain copper concentrates to be exported until 2017. However, "we will impose a progressive export tax: the lower the degree of processing of copper ore, the higher the tax," said Industry Minister MS Hidayat.

It remains unclear whether the country will benefit from an export ban in the long run. Producers of nickel ore and bauxite are particularly hard hit by the decision. Although the new law is aimed at creating jobs, major American mining companies have so far failed to make the necessary investments.

They have had to scale down their operations and now they are threatening to lay off thousands of workers. Sutan Bhaetogana also admits that this "will have negative consequences in the short term," and result in a temporary drop in government revenues. But the member of parliament is nonetheless convinced that this will last only for three to four months and that the nation will recover.

However, small, local traders have a different view. Their livelihoods are threatened as they cannot afford to build and run their own processing plants. According to the Indonesian Mineral Entrepreneurs Association, some 30,000 mine workers have already lost their jobs, prompting people to take to the streets of Jakarta in protest. Indonesia will hold both parliamentary and presidential elections this year. Analysts expect the dispute surrounding the mining industry to become one of the top campaign issues. 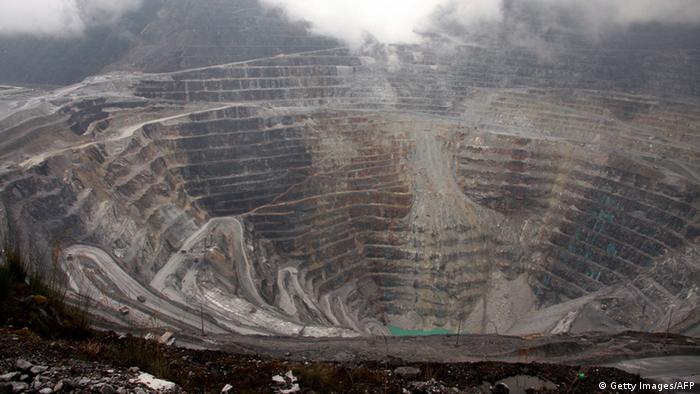 Indonesia is one of the world's largest exporters of raw materials

The first effects of the export ban can already been seen on the world's commodity exchanges, with the price of nickel rising by more than six percent within a span of four days. Indonesia is the world's largest exporter of nickel ore, a material used in the production of stainless steel. Thus far, about 90 percent of exports are sent to China for processing. Nickel ore is an important raw material in China, where it is used to manufacture small electrical appliances. It is also used in the automotive industry and the construction sector.