Indonesia: Jokowi′s uphill economic challenges | Asia | An in-depth look at news from across the continent | DW | 30.07.2014

An economic slowdown, rampant corruption and declining foreign investment are just some of the issues plaguing Indonesia's economy. DW takes a look at the challenges incoming president Joko Widodo has to tackle. 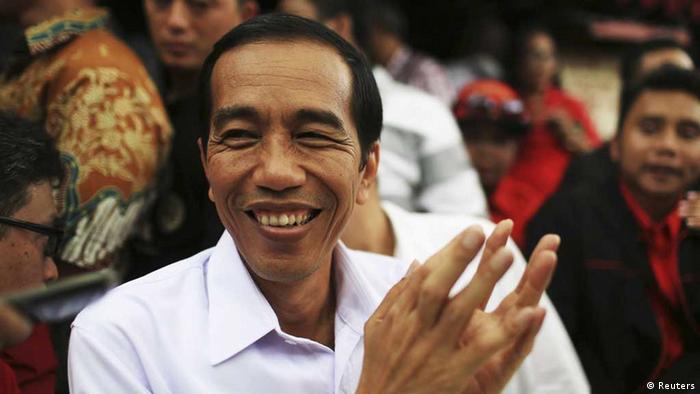 After being declared the winner of the recently held presidential elections, Joko Widodo, commonly known as "Jokowi," will take over the reins of Southeast Asia's largest economy in October. Many, both within and outside the archipelago nation, have high hopes for his presidency, expecting the 53-year-old Jakarta governor to usher in a new era of high economic growth and prosperity.

Economic issues dominated the electoral campaign discourse with both candidates - Jokowi and ex-general Prabowo Subianto - pledging reforms and economic revival. But once in office, the new president will have to tackle a myriad of problems that sap GDP growth and discourage overall investment.

A host of issues ranging from bureaucratic red tape, poor infrastructure and corruption, are hampering the country's economic expansion. In order to overcome the challenges, the incoming Jokowi administration has to overhaul key sectors of the economy such as energy, transportation and mining that would lead to the development of more competitive industries and spur growth.

After expanding rapidly for several years, the nation's GDP slowed down significantly last year. Moreover, annual output growth in the first quarter of this year was down to a four-year low of 5.2 percent. At the same time, inflation soared. This prompted the central bank to raise interest rates; which, in turn, weighed in on business activity as the cost of credit for businesses rose. 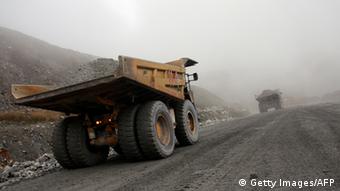 Indonesia has become overly reliant on exports of natural resources such as coal, copper and other minerals

Abundant reserves of natural resources such as coal, copper and other minerals have "cursed" the economy since it has become overly-reliant on raw material exports. In some instances, the exploitation of these resources is also linked to problems such as deforestation and environmental degradation.

It has also made Indonesia overly susceptible to economic fluctuations in other countries such as China, the main destination of its resources. As the demand for raw materials took a hit due to a global economic slowdown a few years ago, the nation's trade surpluses turned into deficits, thus adding to the downward pressure on the value of its currency, the Rupiah.

Another problem is the issue of subsidies, particularly for fuel. Energy subventions account for a huge share of the government's budget - some 16 percent - reducing the amount of money available for other areas such as health care and education. But tackling them is a potential minefield given how politically sensitive these issues are in Indonesia, where about half of the 250 million people live below the poverty line.

In a research paper published on July 28, analysts at Capital Economics, a London-based research consultancy firm, noted that subsidies also hurt the country's trade balance as they raise the demand for imported fuel. By holding down the price of fuel, the government reduces the incentive for consumers to use it efficiently, the economists pointed out. "An artificially high fuel import bill is something that Indonesia can ill afford given its large current account deficit," they stressed.

Before the elections, Jokowi promised to do away with energy subsidies within four to five years, although he has yet to divulge the details as to how he intends to achieve this. In the past fuel-price hikes were met with huge demonstrations. "Jokowi may tread carefully to avoid marring the early days of his presidency with mass protests," the researchers noted.

Reform-minded Jakarta Governor Joko Widodo was declared the winner of Indonesia's election. But experts fear a political deadlock as his rival Prabowo Subianto has threatened to contest the result claiming massive fraud. (22.07.2014)

If he can make his seven-party coalition a permanent one in Indonesia's next parliament, presidential candidate Prabowo could undermine the effectiveness of a Jokowi-led minority government, Donald Emmerson tells DW. (16.07.2014)

With polls suggesting Prabowo Subianto is closing in on frontrunner Joko Widodo ahead of the July 9 Indonesian presidential vote, Gregory Poling tells DW economic issues will ultimately decide the outcome of the vote. (27.06.2014)

Facing concerns over a cooling economy, Indonesians will elect a new president on July 9. Economist Rajiv Biswas talks to DW about the challenges awaiting the new leader ranging from boosting growth to tackling graft. (27.06.2014)

They added that if Jokowi is able to push through a clear plan for phasing out fuel subsidies, it would show an early inclination for market-friendly reforms and "give investors reason to believe that his presidency can deliver on some lofty expectations."

To spur GDP expansion and create jobs, Jokowi promised business-friendly policies. But he also favored an agenda focused on protecting local resources and firms, triggering concerns among foreign investors. It remains to be seen, however, whether this protectionist stance was merely an election tactic or will translate into actual policy under the new government.

Gregory Poling, a fellow with the Sumitro Chair for Southeast Asia Studies at the Washington-based Center for Strategic & International Studies, says that during the election campaign both candidates engaged in "a fair bit of economic nationalism, which plays well with voters."

Protectionist policies are, however, not new in the resource-rich nation. In January this year Indonesia banned exports of some unprocessed mineral ores such as copper and nickel. The aim was to develop the domestic minerals processing industry rather than simply export low-grade raw materials.

But this approach bears the risk, however, that some mining companies could "shift production to other nations if it is uncompetitive to do processing in Indonesia," Rajiv Biswas, Asia-Pacific chief economist at the analytics firm HIS, told DW.

The government's decision also drew criticism from different quarters. "Over the longer term, this could prove to be the biggest obstacle in increasing domestic value-addition, as it increases investor risk perceptions at a time when economy-wide investment has already decelerated," the World Bank said. It is not clear where Jokowi stands on the issue of an export ban, but he will face a tough time balancing the conflicting interests of the various stakeholders.

Another factor that is negatively affecting global investors' perception is ubiquitous corruption. The Southeast Asian nation ranked 114th out of 177 countries in Transparency International's 2013 Corruption Perception Index, with number one being perceived as the least corrupt. The president-elect campaigned on a strong anti-corruption plank, vowing to clean up the bureaucracy and eliminate graft. 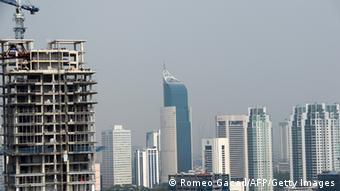 Indonesia's GDP slowed down significantly in 2013. Annual growth in the first quarter of this year was down to a four-year low of 5.2 percent

Economist Biswas says that the incoming government should strengthen the powers and resources of anti-corruption units and implement global best practices in government ministries and state-owned corporations.

Jokowi will also face the challenges of coalition politics. Although he won 53 percent of the vote and is widely popular, his political party the Indonesian Democratic Party of Struggle does not have a majority in parliament. This constrains his ability to pass laws. Furthermore, former president Megawati Soekarnoputri is the leader of the party and exercises enormous influence over many of the MPs.

Experts believe this is likely to lead to a disaster with Jokowi and Soekarnoputri undercutting each other, in a bid to gain control over government affairs. Such a scenario could undermine attempts to curb corruption, alleviate poverty and overhaul the economy.

The constraints of coalition politics, coupled with a lack of experience on the national stage, could "thwart Jokowi's efforts to get the slowing economy back on track," underlined the experts at Capital Economics.