Eleven junior high students have drowned while on a school outing for a river cleanup in Indonesia. A further 10 pupils were rescued in an operation that ended Friday night. 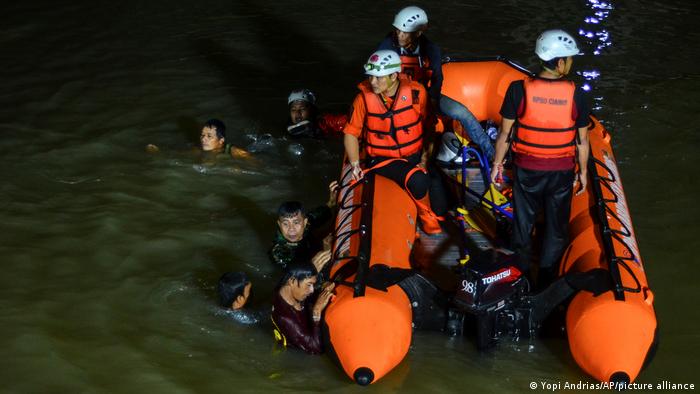 Eleven students drowned while 10 others were rescued during a school trip for a river cleanup in Indonesia's West Java province, authorities said on Saturday.

According to reports, 150 students from an Islamic junior high school were trekking along the bank of the Cileueur River in Ciamis during the extracurricular exercise when 21 students slipped into the water.

"The weather was good and there was no flash flood," said Deden Ridwansyah, chief of the Bandung Search and Rescue Office.

"Those children who drowned were holding each others' hands. One of them slipped and the others followed," Ridwansyah said.

Some reports said the students, aged between 12 and 15 years, were trying to cross the river when the accident took place.

Several teachers were also injured while trying to rescue the pupils.

The students were reportedly not wearing personal flotation devices.

Large orange inflatable rafts were used by the rescuers to search for those who had drowned.

All students were accounted for when the search operation ended on Friday night.