Construction has begun on India's multi-billion dollar high-speed broadband network. With plans to connect 600 million rural citizens, the optical fiber network will be the largest of its kind. 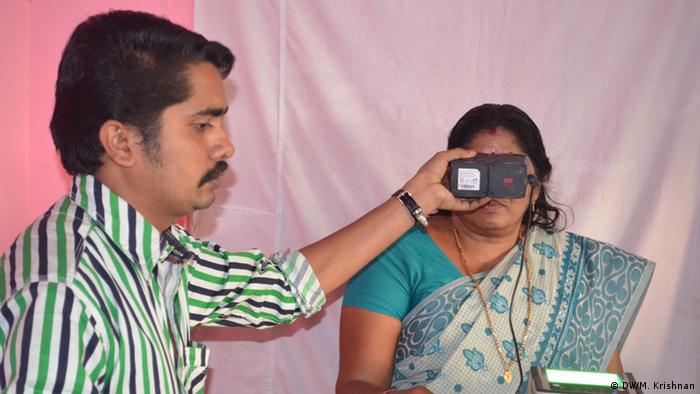 Idukki was once an inaccessible, large tribal district in the southern Indian state of Kerala. But that's a thing of the past. Idukki was the first district in India to be connected to the National Optical Fiber Network (NOFN) - ushering in a new era for Digital India.

Kerala was chosen as a starting point of the grand project because it was one of the quickest states to adopt the government's e-literacy programs.

It started with the setting up of Akshaya or e-literacy centers in 2002.

Now every district in the state is an "e-district" and people are increasingly comfortable using computers.

"We get all types of government certificates from these centers, and we can also pay our utility bills, like electricity and water. But sometimes the Internet connection is poor, with long delays. So it will be good when it's improved," says Alice Kurian, an agricultural worker. 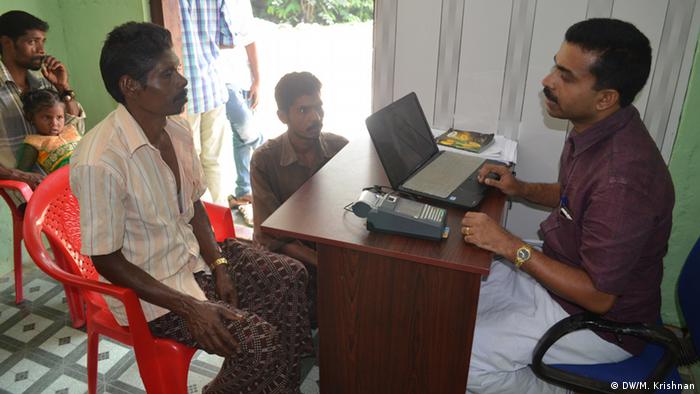 In a remote village in Idukki, an e-center employee explains digital transactions to indigenous tribes

"If we get a better connection, we will be able to provide our services at the maximum level and provide them quickly to our customers," adds C. Y. Nishant, an entrepreneur who runs an e-stall in the district.

Unique project for a digital India

The project is seen as unique in the country's history - in terms of the sheer volume of work, the geographical spread, the quantity of optical fiber cable that needs to be laid and the cost.

With a price tag of over 4.5 billion euros, the project will involve about 600,000 kilometers of optical fiber cable.

It is all part of the government's Digital India Initiative.

The NOFN seeks to link the 250,000 village panchayats, or local government bodies, in the country, located in 6,600 blocks in 631 districts.

And the optical fiber network will provide speeds of up to 100 megabits per second. 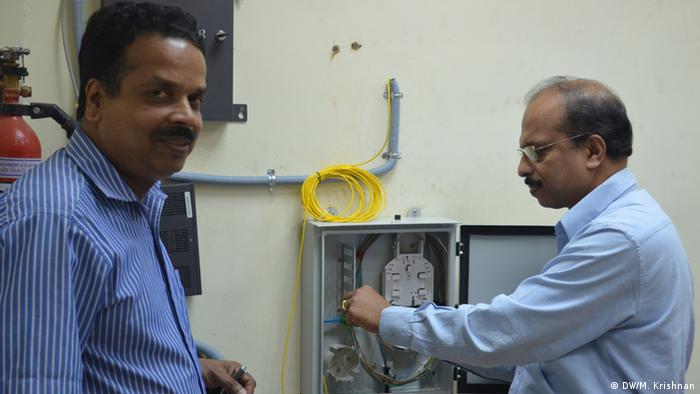 Kerala officials in a panchayat, or local village body, examine the optical fiber that has been installed

"There are a series of challenges. One has to lay infrastructure in a quarter million locations and these locations are in very different geographies," says Aruna Sundararajan, who heads Bharat Broadband Network Limited, the company tasked with building the network. "Some of them are in remote villages in the north-east and some of them are in coastal villages."

Sundararajan says India's NOFN will play a vital role in bridging the country's digital divide, as well as the divide between rural and urban communities.

A recent report by the Internet and Mobile Association of India and the Boston Consulting Group suggested fast paced growth in computer literacy and a greater use of data on mobile phones would help India's Internet economy grow to $200 billion dollars, or 5 per cent of India's GDP, by 2020.

The report also says that Internet users in India will jump from 190 million (as of June 2014) to over 550 million, while the number of users in rural areas will reach 210 million by 2018.

The government hopes to complete the network by March 2017.

Uber is back in business in the Indian capital despite official threats its cars may be impounded. The cab-hailing service was banned last month following allegations that one of its drivers raped a customer. (23.01.2015)

Ultrasound is vital for pre-natal care. But it is also often misused for sex determination in India, with parents terminating pregnancies if their baby is a girl. New technology could stop the practice. (03.12.2014)