The body of a 23-year-old woman who was gang-raped and died of her injuries has been returned to New Delhi. She was cremated in the Indian capital, where six suspects in the case are to be charged with murder. 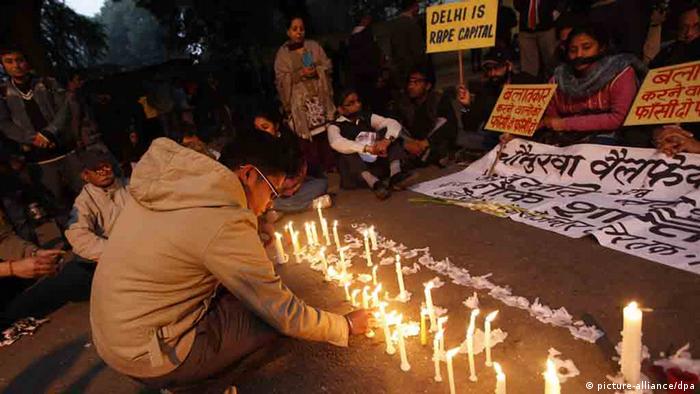 The unidentified student's body was transported back to India from the Singapore hospital where she died on Sunday. She was subsequently cremated in the capital New Delhi amid heavy security, according to police.

The 23-year-old was attacked by six men on a bus on December 16, gang-raped, beaten and ultimately thrown from the vehicle. She suffered severe head trauma and organ damage, and died on Saturday morning in Mount Elizabeth Hospital in Singapore.

Six men abused and raped a female student in India. Their victim is now dead. The unbelievable brutality of the attack has unleashed a nation-wide debate. But that's not enough, says ARD correspondent Sandra Petersmann. (29.12.2012)

Six suspects have been arrested and are to be formally charged with rape, assault and murder on Thursday when their trial begins, Delhi Police spokesman Rajan Bhagat said. If convicted, the accused could face the death penalty.

The crime has shocked India, bringing into sharp focus what newspaper The Times of India called "deeply entrenched prejudice and misogyny in our society" in a Sunday editorial. Public protests and candlelit vigils have taken place in a string of cities, most notably the capital New Delhi.

Prime Minister Manmohan Singh and the chairwoman of the ruling Congress Party, Sonia Gandhi, were present at the airport to meet the woman's remains.

Her identity has so far remained secret, though she is reported to have been a medical student.

According to police figures, a rape is reported to authorities every 18 hours in New Delhi.