Indian Prime Minister Manmohan Singh said his government was serious about fighting corruption in a media session ahead of parliament's budget session. Scandals have weakened the political clout of India's ruling UPA. 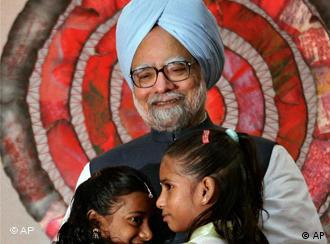 Indian Prime Minister Manmohan Singh finally broke his silence but did not sound convincing enough about his own effectiveness in containing corruption within his administration.

Responding to questions on corruption and other issues confronting his 21-month-old United Progressive Alliance (UPA) II government, the Prime Minister announced that "wrongdoers will not escape" and added that the country will witness the next round of economic reforms soon. He said in his speech, "I wish to assure you and the country as a whole that our government is dead serious in bringing to book all the wrong-doers regardless of their position they may occupy." 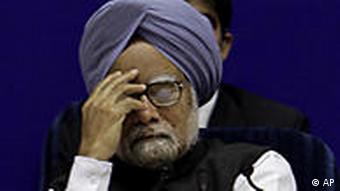 A series of corruption scandals

A series of corruption scandals which broke in 2010 has continued to dominate the political discourse this year as well. Chief among them is an alleged scam in the telecoms sector that a government auditor said may have cost India up to $39 billion.

Singh said, "I am not afraid of appearing before a committee including a Joint Parliamentary Committee (JPC). I have always said that as Prime Minister, my conduct must be like Caesar’s wife, above suspicion. I have a job to and we have lot of unfinished business to accomplish. And therefore I have never thought of giving up halfway. And I will stay the course."

Opposition parties stalled the last parliament session, demanding the government must undertake a wider investigation into the so-called 2G telecom spectrum inquiry. These frequencies are used to transmit phone calls and text messages to mobile phones. The telecom minister at the time, A. Raja, was arrested earlier this month and remains in police custody as investigators probe what is being described as the country's biggest corruption scandal. 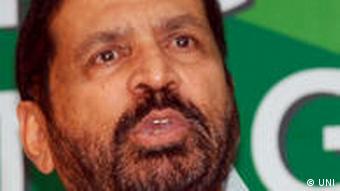 Before that the government had launched a multiple-agency probe into the Commonwealth Games after fingers were pointed at the chief organizer Suresh Kalmadi. Two of his aides have already been arrested by anti-corruption investigators.

During his speech that went over an hour, Singh was asked about inflation amid growing evidence that the rising cost of living was hurting his popularity and that of his government.

He responded, saying, "When food prices rise disproportionately, that does hurt, I think the poor the most. We are trying to insulate the poor from the ill-effects of food inflation."

The principal opposition Bharatiya Janata Party (BJP), however, was not impressed with Singh’s defence and plans to stall parliament proceedings again later this month if the government did not agree to a joint parliamentary probe. 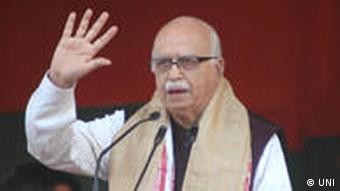 Nitin Gadkari, BJP president, believes the PM is failing because, "at one level the Prime Minister is helpless in combating corruption. He admitted as much. And as an effective PM, he has been unable to stop the drift."

The Prime Minister’s televised appearance was an attempt to clear the clouded air that has also undermined his "Mr Clean" reputation. Despite winning re-election with an increased majority, the 78-year-old Singh has been under increasing pressure to stamp out on corruption and his decision-making appears to have been paralysed in his second term.

Aggressive media, an assertive Supreme Court and an opposition tasting political blood have seen momentum into the corruption probes grow.

As India is already plagued by a variety of corruption scandals, one from the 1980s has come back to haunt the ruling Congress party. The controversial 1986 defence deal already cost the party an election in 1989. (04.01.2011)