Bofors scandal comes back to haunt India′s Congress | Asia| An in-depth look at news from across the continent | DW | 04.01.2011

As India is already plagued by a variety of corruption scandals, one from the 1980s has come back to haunt the ruling Congress party. The controversial 1986 defence deal already cost the party an election in 1989. 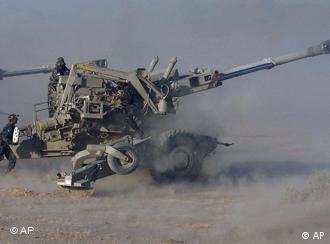 Twenty-five years after the Bofors scandal rocked India and led to the fall of Rajiv Gandhi's Congress-led government, it has raised its ugly head once again.

The scandal was resurrected last year by a court case over a plea by India's Central Bureau of Investigation (CBI) to end an investigation into allegations surrounding a contract with arms company AB Bofors.

The Swedish group, which denies the allegations, is accused of paying bribes of 1.3 billion dollars to secure the sale of 400 howitzer guns.

Tax court says India should not be seen as 'soft'

On Monday, in a separate case on the same matter, India's Income Tax Appellate Tribunal ruled that 410 million rupees (9.1 million dollars) had been paid as commissions to Italian businessman Ottavio Quattrochi and to the late Indian arms dealer Win Chadha as part of the Bofors gun deal. 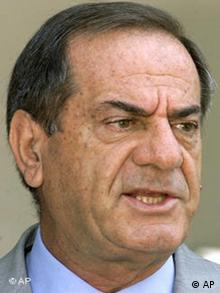 Several attempts by India to extradite Quattrocchi have failed

The 73-year-old Ottavio Quattrochi, who was a close friend of Rajiv Gandhi and his wife Sonia, and is thought to live in Milan today is accused of bribery, as are the Gandhis and three London-based billionaire brothers. All attempts to extradite Quattrochi to India have failed.

In its 98-page report, the Income Tax Appellate Tribunal said that taxes should be paid in India on the income from the gun deal.

"Inaction in this regard may lead to a non-existent undesirable and detrimental notion that India is a soft state and one can meddle with its tax laws with impunity," it stated.

Arun Jaitley, a senior leader of the opposition Bharatiya Janata Party, which has accused the ruling Congress party of trying to bury the scandal, greeted the ruling.

"This is the power of truth," he said. "We have always believed that the truth has a very uncanny and inconvenient habit of coming out."

He said the issue would be brought to parliament. "Clearly, the entire fraud, which was perpetrated by the CBI at the behest of its political masters in the Congress stands unraveled," he said. 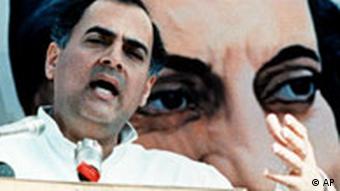 CBI says there is insufficient evidence

Last year, the Indian police had dropped the charges against Quattrocchi after the CBI argued that it did not have sufficient evidence of kickbacks.

The court still has to decide on whether to allow the investigation to go ahead.

India's parliament is currently already deadlocked as a result of the government's refusal to permit a cross-party probe into a $39 billion telecoms scam.

Corruption in Asia: A tax on the poor

The more than thousand delegates attending the 14th International Anti-Corruption Conference are being reminded of corruption’s wider cost to society, both to business and to communities. (11.11.2010)