A viral video may have sparked a new revolution in India. A speech that Shashi Tharoor gave in May at the Oxford Union has suddenly raised the specter of whether England owes monetary reparations to its former colonies. 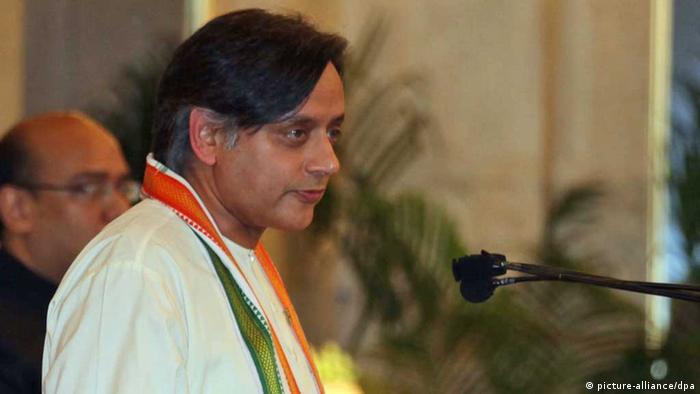 The "R" word - reparations - was not really a mainstay issue of the India-UK relationship. There hadn't really been any kind of dull roar about the 150 years Britain spent on the subcontinent as colonizers, or the need for the country to make amends to the world's largest democracy. That is, until the Oxford Union posted a video of the Indian member of parliament Shashi Tharoor on YouTube on July 14.

By July 22, when the BBC reported on the low buzz of conversation it was accumulating, the video had received just under half a million views. By Monday, July 27, it had over 2 million views and 4,100 comments - and a real online debate about the nature of the UK-India relationship had begun. Other videos from the same debate garnered between 19,000 and 210,000 views.

In a crisp English accent at the Oxford University debate on May 28, Tharoor quickly swept the crowd off its feet during his time to speak, with lines like "No wonder the sun wouldn't set on the British Empire; even God wouldn't trust the English in the dark."

Tharoor laid out very numbers-based arguments in the 15-minute video, touching on how many Indians served and died for Britain in World Wars I and II, how whole industries were exploited purely for British profit, and how the rail and road system were built on the backs of Indian taxpayers.

"Between 15 and 29 million Indians died of starvation in British-induced famines," Tharoor said, pointing specifically to the Great Bengal Famine during World War II, when UK Prime Minister Winston Churchill decided to divert supplies of food and essentials from starving civilians in India to the reserve stockpiles for British soldiers.

"When conscience-stricken British officials wrote to him, pointing out that people were dying because of this decision," Tharoor continued, "he peevishly wrote in the margins of the file: 'Why hasn't Ghandi died yet?'" Four million Indians died in 1943 during that famine.

Tharoor ended his speech by pointing out that Britain already has a history of paying reparations to populations that were hurt by its policies, including to Israel, Poland and the native Maori people of New Zealand. "This is not going to open some sort of nasty Pandora's Box," Tharoor said. "There is a moral debt that needs to be paid."

"It shows the importance of saying the right thing at the right time," Modi said. In India it is rare for a leader to praise a member of a rival party.

Could the idea of reparations take hold in Britain? Well, first the Britons need to flat-out learn about the former British Empire, said William Dalrymple, a British historian and author of several books on the relationship between Britain and the subcontinent.

"There's hardly a single reference to the British empire as a whole in the English education curriculum," Dalrymple told DW. "British schoolchildren are completely unaware of everything that was done by the British Empire, whether good or bad."

Talk of actual reparations, Dalrymple said, was something he had never heard discussed before. "This is the first time I've ever heard the word reparations ever used."

Darlymple was quick to point out that Tharoor was speaking as part of a college debate event, and not dictating official Indian government policy. "It is part of a growing movement," he said. "There is a growing awareness that some very evil things went on."

"My view is that apologies and reparations and these sort of things are not the answer, although I understand where the demands are coming from," Dalrymple continued. "I would recommend above all educating British people on the many terrible things that were done by their ancestors, as well as some of the things they can be proud of."

Dalrymple did note that relations between India and the UK have been extremely friendly since India became independent in 1947, and that "we've almost been waiting 60 years for the penny to drop." He attributed much of the cordiality - and, thus far, the lack of calls for reparations - to the fact that many older Indians had very British tastes and personal connections to and affections for the British.

"As that generation has died away and this post-millennial generation has been looking at it with more distance, and particularly as India's self-confidence has risen, it's getting clearer that something terrible has happened in history," he said.

A prolonged firefight between Indian security forces and gunmen who stormed a police station in Punjab state has ended. A number of people, including both policemen and civilians, have been killed and injured. (27.07.2015)

UK referendum on EU membership to be held in June 2016: report

According to a report in "The Independent," British Prime Minister David Cameron is set to hold the in-out vote on the UK's EU membership next June. The referendum was one of Cameron's election promises. (26.07.2015)