Indian military makes strategic stride with the Agni-V | Asia | An in-depth look at news from across the continent | DW | 19.04.2012

India has made history with the successful testing of its much awaited Agni-V long-range ballistic nuclear-capable missile, nicknamed the 'China killer,' that can accurately hit targets more than 5,000 km away. 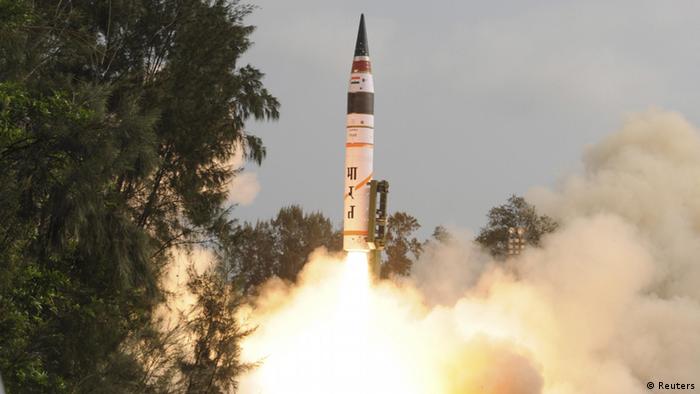 Thursday's launch from a test range at Wheeler Island off the coast of the eastern state of Odisha thrusts the emerging Asian power into a small club of nations with intercontinental nuclear weapons capabilities. The three stage, all solid fuel powered and17-meter missile blasted off according to the script at 8.07 am.

With this major leap in its strategic capability, India joined an elite missile club of the US, Russia, France and China, which produce Inter Continental Ballistic Missiles (ICBMs).

Scientists and strategists welcomed the successful trial of Agni-V where it can reach targets anywhere except for America and Australia.

"It is a necessary and natural progression of a country's defense. In a couple of years we will launch a missile of hitting targets 7,000 kilometers away. And more importantly it shores up our deterrence mechanism," Dr G Balachandran of the Institute of Defence Analyses and Studies told DW. 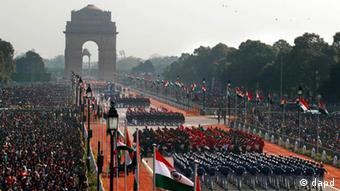 Former Air Chief Marshal Fali Homi Major said the testing would give a huge edge to the country as far as its nuclear capability is concerned.

While the shorter-range Agni-I and II were mainly developed with traditional rival Pakistan in mind, later versions with a range of 3,500 kilometers are perceived as China deterrents.

"The launch proves that we have a demonstrable deterrence available in the country. It is a landmark achievement as far as our missile technology of the country is concerned," Major told DW.

Strategic analyst C. Raja Mohan also maintained that the Agni-V's launch would bring India to a measure of strategic equality with the Chinese in the nuclear field.

However, China's Deng Fong-31A Inter-Continental Ballistic Missile (ICBM) has a range of 11,500 km and can effortlessly hit any target on the Asian continent and even reach targets in Russia and most parts of Eastern Europe.

Giving details of the launch, the Defence Research and Development Organisation (DRDO) chief, V. K Saraswat said that the missile launch demonstrated India had the capability to design, develop, build and manufacture missiles of this class.

"We are going to conduct two more tests and those will be validation tests ... and then the production of this system will start. It is going to take a year maximum," he said.

Saraswat also mentioned that he expected the missile to be inducted into the armed forces in the next two years. 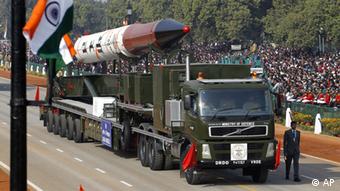 The Agni-IV was launched in November, 2011

Both Prime Minister Manmohan Singh and Defence Minister AK Antony congratulated the team for "the immaculate success" of the Agni-V, hailing the efforts of the scientists of DRDO who have worked together persistently for years to bring the nation to this threshold.

DRDO officials pointed out that the Agni-V success was the culmination of 30 years of work and was built at a reported cost of 25 billion rupees (486 million US dollars). The launch was scheduled the previous day but was cancelled due to bad weather and heavy lightning in the test range.

The Agni-V can carry a one-ton nuclear warhead or even multiple warheads which can be guided to separate targets independently.

India maintains a "no-first-strike" nuclear weapons policy; Agni-V and the 3,500-km-range Agni-IV missile, which was successfully tested in November 2011, are thus meant as deterrents against a nuclear attack from its enemies.

Opinion: Is India on its way to becoming a superpower?

The successful launch of India's nuclear capable long-range missile is a historical event and an important step for Washington, says the head of DW's South Asia service. (20.04.2012)

The general verdict about India's budget for the coming fiscal year is that it won’t hurt anyone. No bold economic reforms have been announced but there has been a surge in defense spending. (16.03.2012)