Indian microfinance industry mired in scandal | Asia| An in-depth look at news from across the continent | DW | 14.01.2011

Made famous by Bangladeshi Nobel laureate Muhammad Yunus, microcredit created a revolution in 1990s post-liberalization India. But today the microfinance story is mired in controversy and scandal. 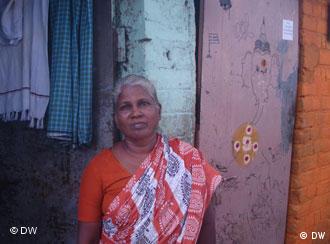 Vimala Rajan has taken out several loans that she cannot repay

Seven years ago, Vimala Rajan thought she would try and lift her family out of financial misery. A resident of a slum in Chennai, in the southern Indian state of Tamil Nadu, she joined a women’s savings group in her area. Through the group, she applied to a local microfinance institution for a loan of around 85 euros.

Since the criterion for the loan was to start a business, Vimala claimed she wanted to start a vegetable vending venture, although she had no such intentions. Instead she used the money for household supplies for the one-room tenement she shares with her husband and two daughters. The weekly installments were paid by her husband, who works as a security guard.

Over the years, Vimala took out two more loans of 85 euros and 345 euros, followed by an additional bank loan of nearly 260 euros. She accumulated a total debt of over 700 euros with interest. Her family's monthly income is just over 100 euros.

"It has become very difficult for us to pay back the monthly installments," she says. "I took out another loan from a different microfinance institution just to pay back the earlier ones. But now all these loans have become too much for us."

To find a way out, the 55-year-old even tried her hand at vegetable vending, but this also only ended up in losses.

Vimala shares her story with thousands of other women across India. The exponential growth in the microfinance sector has led to increased access to credit for the rural and urban poor. With "quick and easy" loans being offered at people's doorsteps, many have fallen into a pattern of multiple borrowing, often merely on the pretext of starting a business. The women in Vimala’s neighborhood claim the lending institutions are aware of this, but still continue to supply loans. 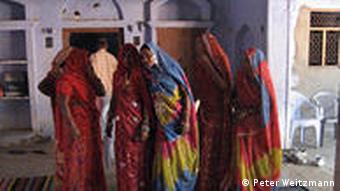 These women have set up a self-help group in Rajasthan

One of the early structures of microfinance in India was known as the self-help group model. Loans were given only to a group of women, provided they had collectively saved an amount which was used as collateral. This loan was also subject to lengthy verifications. In recent years, however, more microfinance institutions have been offering micro loans to individuals, without any conditions attached.

In this process, there is rarely a study of how the loan is being utilized, or if the individual's income allows them to repay, says Smita Ram of Rang De, a Chennai-based non-profit microfinance organization.

"Because they are so effort-intensive, these steps tend to be ignored by micro finance institutions," she explains. "Because the sooner they are able to service the loans, the sooner they can move on to other communities. We are actually educating borrowers now in terms of financial literacy and business mentoring."

The problem is most acute in the southern Indian state of Andhra Pradesh, which is home to some of India's largest microfinance institutions, and also has the highest number of borrowers.

The vicious circle of debt, coupled with exorbitant interest rates as high as 50 percent, have reportedly led to 88 suicides in the state.

The state government has responded with an ordinance placing severe restrictions on microfinance operations, from interest caps to a ban on door-to-door collections of repayment. Moreover, politicians in the state are openly encouraging borrowers to refuse repayment of their loans. 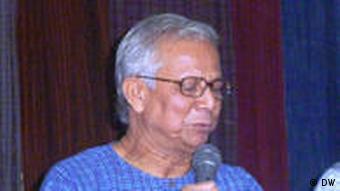 But this kind of an approach will do more harm than good, says Tara Thiagarajan of Madura Microfinance, a non-banking finance company that provides micro loans to the poor.

She says that although there have "clearly been a lot of dirty practices, the reaction is disproportionate."

"To say 'don't pay back' is actually detrimental to the entire system of lending. Once you create that public perception that there’s no need to pay a loan, then I think even those who want it for genuine reasons will now in the future not have access to the money. I hope that we can get past this as an industry and that it will be more responsible. I think that would be much better than ordinances and regulations and things like that."

Today, the microfinance sector is facing a crisis many describe as a "near-death experience." With loan repayments uncertain in many parts of India, banks and private investors have begun to withdraw funds to micro lending institutions. There is fear that a total collapse will put borrowers back at the mercy of local moneylenders, who are notorious for their exploitation of the poor.

Experts have called for greater transparency and regulation within the industry to ensure that in the race for profits, the best interests of the borrowers are not forgotten.

Opinion: Is it time to rethink microfinance?

Microfinance has evolved into a popular instrument of poverty reduction. While the Nobel Peace Prize for Muhammad Yunus in 2006 boosted public awareness, the image of micro credits has developed cracks in recent years. (17.03.2010)

Microcredit to support reconstruction after floods

There has been a slight improvement in the flood situation in Pakistan. The southern city of Thatta has apparently been saved from being inundated, and many citizens who fled earlier are returning there. (30.08.2010)