India's space agency has tested a scale model of a space shuttle in a bid to create its own brand of reusable rockets. The shuttle was developed on a limited budget and could drastically lower the cost of space travel. 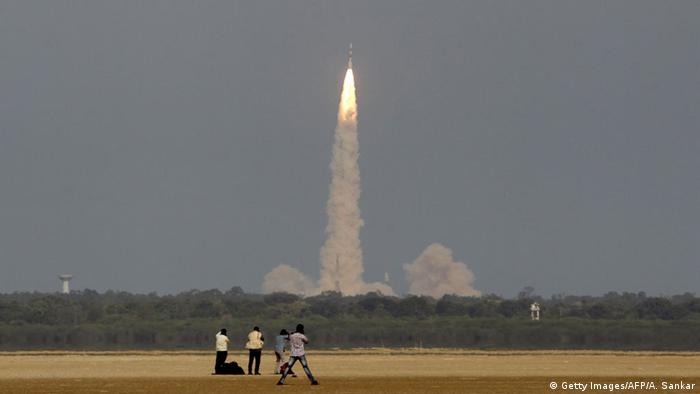 India's Sriharikota spaceport is located in the country's south east

The seven-meter (23-foot) shuttle blasted off from India's Sriharikota spaceport on Monday, using a carrier rocket to reach an altitude of 70 kilometers (43 miles).

After the rocket detached, the prototype vehicle maneuvered into return position and glided back to the surface, splashing down in the Bay of Bengal.

The Monday launch is only the first stage of a project leading to reusable launch vehicles or RLV.

ISRO official K. Sivan said that the shuttle had survived the flight.

"We have located the place where the vehicle is floating. The landing was soft and the vehicle did not break," Sivan told the AFP news agency.

The test aimed to gather information on hypersonic flight and autonomous landing, as well as showcase RLV technology, according to ISRO experts.

India hopes to launch two more models before constructing a full-scale shuttle, which would be able to carry astronauts to space and back, in the next 10 to 15 years. The final version of the vehicle is expected to be six times bigger than the model launched on Monday.

The US retired its space shuttle program in 2011, and is currently searching for cheaper reusable alternatives. Private companies SpaceX and Blue Origin have already tested their own rockets. Japan, Russia and the European Space Agency are also testing similar technology. 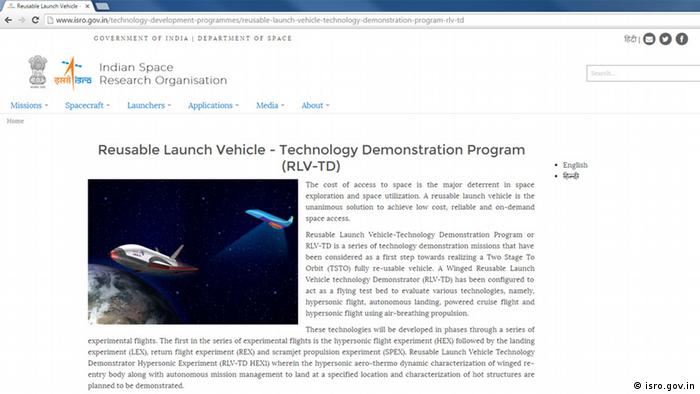 However, India's space agency is famous for its low cost missions, and one of the goals of its space shuttle program is to cut up to 90 percent of launch costs. Also, many countries without launch capabilities would be willing to pay for India to place their satellites into orbit.

So far, New Delhi only paid one billion rupees ($14.8 million, 13.2 euro) for its project, which has been in development for the last five years, according to broadcaster NDTV.

In 2013, ISRO drew global attention when it sent an unmanned mission to Mars for only $73 million, compared to NASA's $671 million for the Maven Mars project.

US astronauts will continue travel with Russian spacecraft

NASA and Roskosmos are continuing their joint flights to the ISS until 2017, according to an agreement both sides signed. After 2017 NASA aims to return to space on their own. (06.08.2015)