India debates the inclusion of caste in census

India is deliberating whether to include details of caste in the massive national census that is now currently underway. Many argue this would yield a wealth of information that could be used for better governance. 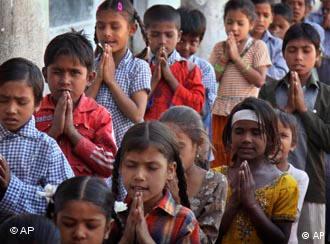 Information about 1.2 billion Indians will be gathered by the 2010 census

This year's census has sparked off a spirited debate about the role of caste in politics and society. Those who advocate the inclusion of information about caste in the census include political parties from the Hindi heartland.

They argue that the exact numbers have to be known so that members of certain castes can make use of caste-based quotas in education and employment.

But the critics, who include several ministers in the ruling government, warn that including caste in the count could inflame social tensions and further entrench caste politics.

The census, which is held every 10 years in India, collects a range of statistical information on the different characteristics of the population into one single database. It covers 1.2 billion people. 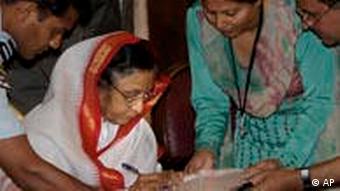 Indian President Pratibha Patil signs after being counted for the census, which began on April 1, 2010

Brinda Karat, an MP and a member of the Communist Party of India (Marxist) says the inclusion of caste would help identify the strength of socially backward communities.

"We believe that it is very necessary for the government and the general public to have an accurate idea of the social composition of the population of India. Whether we like it or not, 62 years after Independence the caste system still exists and is responsible for the worst type of discrimination."

Matter referred to the cabinet

The governing Congress Party, which has resisted counting caste in the census so far, has referred the matter to the cabinet in an apparent effort to please the caste-based parties that now wield great influence in national and regional politics.

Home Minister P. Chidambaram doesn't think it makes sense to include caste: "At the moment I am the minister in charge of the census. I have to implement whatever decision is taken by the cabinet. When I made a statement in parliament I set out government policy as it stood at that point of time namely that canvassing the question of caste in the census was riddled with practical difficulties that may affect the integrity of the headcount." 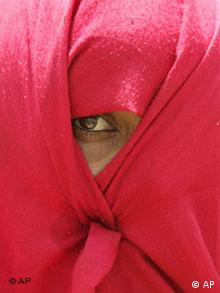 But political leaders from the so-called "other backward castes" have argued the case for including caste in the hope that they can win more government benefits for their voters.

The Samajawadi Party and the Rashtriya Janata Dal from the Hindi heartland hope to widen their vote banks by acquiring a better understanding of their constituents.

Communist MP Brinda Karat, however, says it is not so simple: "Whether the census is the best mechanism to do it can be discussed because in a census you cannot verify, it is just an assertion of a statement of caste, there is no verification process. Therefore a verification process will make it more accurate."

"I think this is a meaningful exercise, so that people who deserve can avail of the facilities that are available under the Constitution," says Babu Joseph of the Catholic Bishops Conference of India. "At the same time, I would like to add very strongly that we must move towards a society that is devoid of caste divisions as a modern democratic republic society."

The census, which has been undertaken every decade since 1872, will see 2.5 million staff fan out across India, a country with a baffling range of cultures, languages, customs, rebel movements and at least 600,000 villages.

Repressed, abused and discriminated against: This is the fate of millions of women in India. They live in a society where female fetuses are aborted just because they are girls. But some women are fighting back. (01.12.2009)

History was made in India on Wednesday when Parliament elected its first female speaker. Meira Kumar, a former diplomat and five-term Congress party lawmaker, is also a Dalit, a community at the bottom of the Hindu caste hierarchy. All the political parties of the otherwise fractious house put aside their differences to elect her unanimously. (03.06.2009)

Life in Indian capital New Delhi came to a virtual standstill on Thursday, when members of the ethnic Gujjar community held demonstrations. The Gujjars have been demanding more opportunities to qualify for government jobs as well as quotas in educational institutions. The protests, which started a few days ago, turned violent last week, claiming 37 lives. (29.05.2008)

Mohan Guruswamy, President of the Center for Policy Alternatives in New Delhi, describes the enormity of counting India's population of over a billion

If Draupadi Murmu is elected president, she would be the first tribal politician and the second woman to hold that office in India's history. She is pitted against Yashwant Sinha, who quit the BJP in 2018.

Critics say India's redrawn constituencies for the former state of Jammu and Kashmir give greater representation to the Muslim-majority region's Hindu areas. The region has long been facing an anti-India insurgency.

The victory in local elections of a coalition of parties opposed to New Delhi's policies in Kashmir is being seen in the region as a wake-up call for the Indian government.