India acquits crew from US anti-piracy ship of gunrunning

An Indian court has freed 35 crew members of a US-owned ship who were accused of illegally transporting weapons into Indian waters. The ship's owners say the vessel was involved in anti-piracy operations. 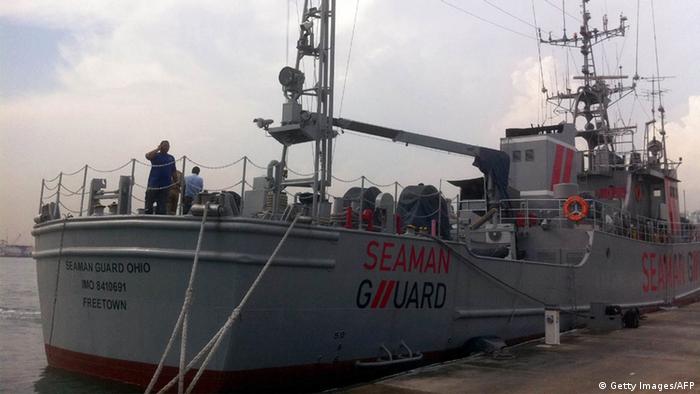 An appeals court in India has overturned a prison sentence handed down to 35 crew members and security guards from a US-owned ship charged with illegally transporting weapons and ammunition in Indian waters in 2013.

The men, consisting of altogether 23 Ukrainian, Estonian and British nationals along with 12 Indians, had been given five-year jail terms by a lower court in January 2016.

They were arrested in October 2013 after their ship, the MV Seaman Guard Ohio, was intercepted by the Indian coast guard off the southern state of Tamil Nadu. The men were charged with failing to have the proper permit to carry weapons in Indian waters, and with illegally obtaining subsidized fuel.

Police had seized 35 automatic weapons and some 5,700 rounds of ammunition from the security guards on the vessel.

The appeals court overturned the men's prison sentences, ruling that the prosecution had failed to prove that the ship had entered Indian territorial waters or that it had posed any threat.

Their defense lawyer, P. Muthusamy, said it was still unclear whether the prosecutor would appeal against Saturday's verdict before the Supreme Court.

The US-based maritime security company that owns the ship, AdvanFort, says the ship had been involved in anti-piracy operations and had drifted into Indian waters after its fuel ran out.