In wake of financial woes, Iceland votes in anti-EU right

The center-right will return to power in Iceland after voters rejected the austerity policies of the outgoing social democratic government. The victory will likely sink Iceland's bid to join the EU. 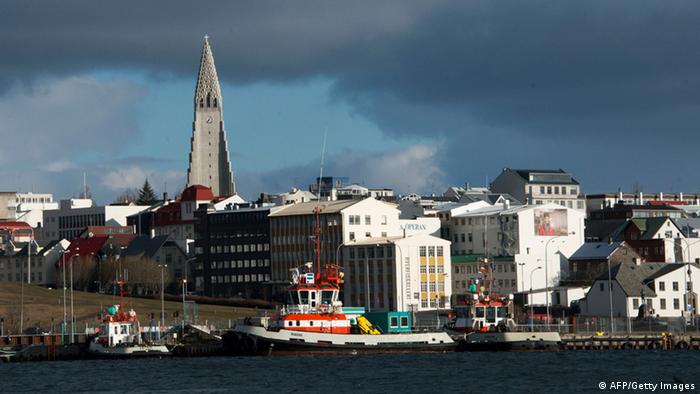 With the vote counted, the Independence Party and the Progressive Party gained a combined total of 38 seats in the 63-member parliament after winning 51 percent of the national vote. The Social Democratic Alliance and its junior partner, the Left-Green Movement, were projected to lose just over half of their seats.

"We are very happy, we are very grateful for the support that we see in the numbers," said Independence Party leader Bjarni Benediktsson (pictured above), a potential candidate for prime minister.

The Independence and Progressive parties each had 19 seats on 26.7 percent and 24.4 percent of the vote, respectively, with the outgoing coalition of the Social Democrats and the Left-Greens holding nine and seven seats on 12.9 percent and 10.9 percent.

The pro-Europe party Bright Future, formed just last year, picked up its first six seats on 8.1 percent of the vote, and the Pirates, also new to elections, won three seats on 5.1 percent. Turnout was over 80 percent of Iceland's nearly 238,000 voters.

Benediktsson, 43, will likely assume the role of prime minister, replacing 70-year-old Johanna Sigurdardottir who had announced her retirement ahead of the election. The likely incoming prime minister has said he wants to put an end to Iceland's pursuit of EU membership.

The center-left incumbents launched that bid after Iceland's currency tanked in the aftermath of the collapse of its banking sector. Four years ago, Iceland's center-right had been ousted from power under the shadow of the financial crisis. This time around, the Independence and Progressive parties promised to write off mortgage debt and lower taxes after years of biting austerity measures.

The Independence and Progressive Parties, which had governed Iceland for nearly 30 years, were ousted from power after the 2008 financial crisis devastated the country's economy. The two parties were widely blamed for lax regulations that allowed Iceland's banking sector to grow to 10 times the island nation's gross domestic product.

The incumbent Social Democrats and their junior coalition partner the Left-Greens came to power in 2009, promising to fix the country's economy. Though unemployment has fallen and the economy is growing, four years of tax hikes and spending cuts have proved unpopular with many voters in Iceland. Inflation remains high and many Icelanders are still struggling to repay home and car loans.