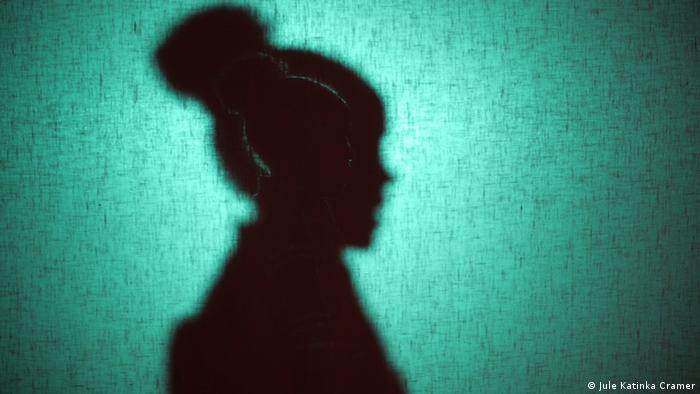 Beryl Magoko was 10 years old when she was circumcised in her native Kenya. It is a day she has never forgotten: "If I were a painter, I could depict everything precisely," Magoko told DW. "I remember everything: the colors, the smells. I can see the colors, the clothes, the dirty hands," she says of the traumatic images and unbearable pain.

For a long time, she was not able to talk about what she had experienced. Genital mutilation is a taboo topic in Kenyan villages.

Banned in Kenya since 2011, female genital mutilation (FGM)is in fact still practiced in many African and Asian countries. In rural areas, a girl who is not circumcised is even today considered to be unclean. The social pressure on young girls is enormous. 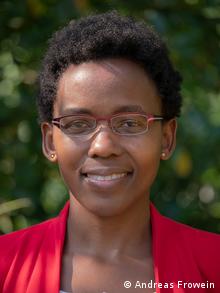 The only detail Beryl Magoko has erased from her memory from the traumatizing day of her genital mutilation is the face of the woman who performed the ritual cutting. "I have never seen such an ugly animal in my life," says the young filmmaker. Magoko, in her 30s today, has filled the blank space in her memory with the grimace of a monster.

Other women who experienced the same procedure in their childhood stay silent. But Beryl Magoko, who has lived in the western German city of Bonn for five years, wants to talk about female genital mutilation, in general and in particular. In Search is a film about her physical and mental pain. Magoko is the protagonist and the director.

'A woman has no say in the matter'

The journey into her past inevitably took the filmmaker back home to Kenya. She tried to bring up the issue with her mother who, back then, didn't enforce the cutting but also didn't prevent the procedure. "In the past, women were treated badly," her mother told her in the film. "A woman had nothing to say. The man took care of everything." At that time, girls were not even allowed to go to school.

Magoko approached other women who were mutilated. Some blocked the memories and tried to live their lives fully despite the violent procedure, while others opted for clitoral reconstruction.

In the course of the film, Beryl Magoko became increasingly determined to get back what was taken from her: an operation to reconstruct her clitoris as a means to regain her dignity. At the end of the film, Beryl returned once more to Kenya to visit her mother. At that point, the mother broke her silence about her own circumcision, a procedure that was even more violent back then. 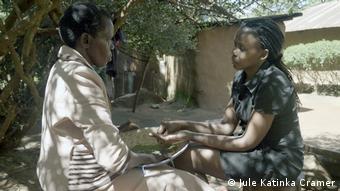 A scene from the movie 'In Search'

The film shines a light on Beryl Magoko's plight, but it also encourages women to talk about their circumcision. The filmmaker has long since become an activist. She wants to continue working with women who have undergone the traumatic experience; she wants to inform people about genital mutilation, hoping to encourage women to refuse the procedure.

Beryl Magoko would really like to show her film in Kenya. Not in the capital — the movie has played in Nairobi already. She has the village where she grew up in mind, and other villages where FGM is still practiced today.

Magoko dedicated her film to her mother and the more than 200 million women who have undergone female circumcision.

Debate in Kenya: What to tell kids about sex

At what age should we talk to kids about sex? And what should we tell them? As opinions diverge, Kenyans are trying to find appropriate answers. (15.01.2018)