Tens of thousands of critics of industrialized farming have converged on Berlin to renew calls for shifts to eco-sustainable harvests. Visiting Berlin for its annual Green Week expo are 70 agriculture ministers.

Agriculture ministers from around the world and Germany's farming minister Julia Klöckner were handed a protest note Saturday by demonstrators declaring in their slogan of having a "belly full"of industrialized farming.

Protesters called out by some 100 organizations asserted that alleviation of climate change and species depletion required a reorganization of EU farming policy, including subsidies, currently amounting to €60 billion ($68 billion) annually, including €6.3 billion allocated in Germany.

That flowed mainly to larger companies focused on boosting yields, they said, but instead the funds should be distributed better to avert further farmyard closures and rural village die-offs.

Organizers said 35,000 protesters had converged on Berlin via three routes, some using tractors, from the state of Brandenburg which surrounds Germany's capital. 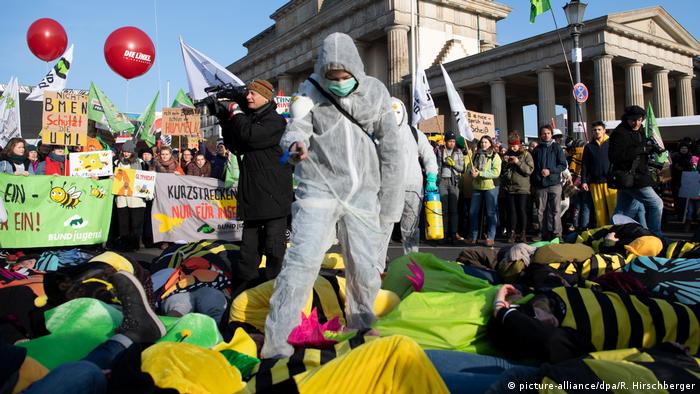 "With over €6 billion that Germany distributes every year as EU farming monies, environmental and animal-appropriate transformation of agriculture must be promoted," she said.

Klöckner, an advocate of digitalization in farming, warned protesters that they were making generalizations about how to feed the world's growing population, saying: "We won't stay well fed with a partial exit from agricultural production." 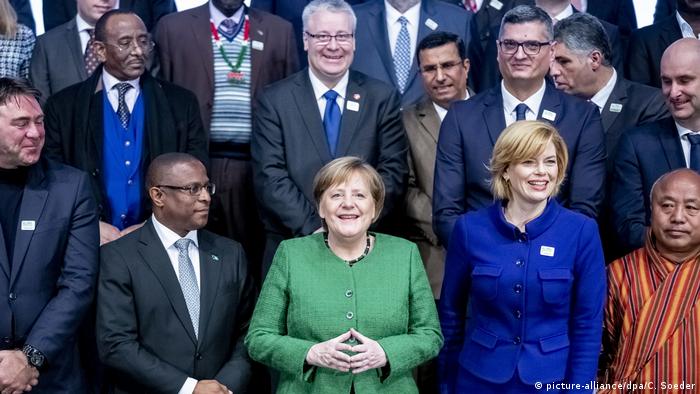 Merkel and Klöckner among agriculture ministers in Berlin

Klöckner and Chancellor Angela Merkel attended the conference of 70 agriculture ministers from around the world, an event included in Berlin's annual International Green Week.

Greens party co-leader Robert Habeck urged consumers to act more conscientiously when out shopping: "We have to get away from the day-to-day [habit] of cramming calories into us as quickly as possible, regardless of how they originated."

In a position paper coinciding with Green Week, 56 civil organizations warned against industrialization of agriculture at the expense of small-scale farming, saying the latter was more suited to life cycles involving soils, plants and animals.

Ecologically-based farming was a central concept for tackling poverty and adjusting to climate change worldwide, said the study's authors, who include the Catholic and Protestant aid agencies, Misereor and Bread for the World (Brot für die Welt). 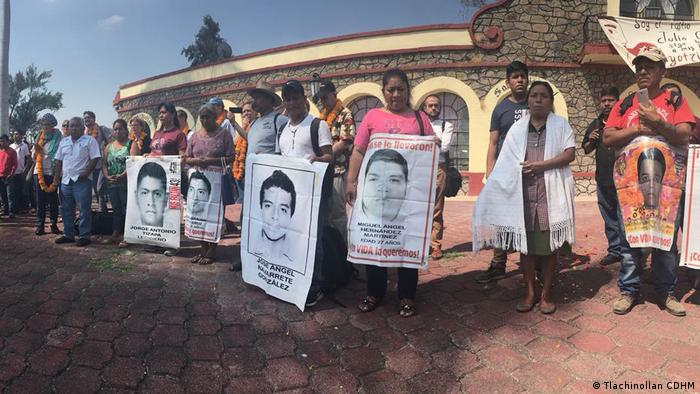 Previewing the Green Week last Tuesday, public German ARD television in a investigative documentary described the German Farmers' Association (Deutsche Bauernverband, DBV) as "one of the most powerful lobby groups" in Germany.

Although the farming population had shrunk post-war from 25 percent to only 2 percent of the working population, the DVB's 380,000 members, grouped within 300 districts, had a great influence on politics — similar to that of Germany's automobile industry, said the authors.

Formed in 1948 at a time of post-war food shortages, the DBV pressured the then West German conservative governments of the chancellors Ludwig Erhard and then Konrad Adenauer, even threatening to radicalize its members to vote for the far-right.

The DVB solicited federal subsidies for German farmers even before the EU's founding 1957 Treaty of Rome that led to the 1962 Common Agriculture Policy (CAP) and Europe's subsequent "butter mountains." 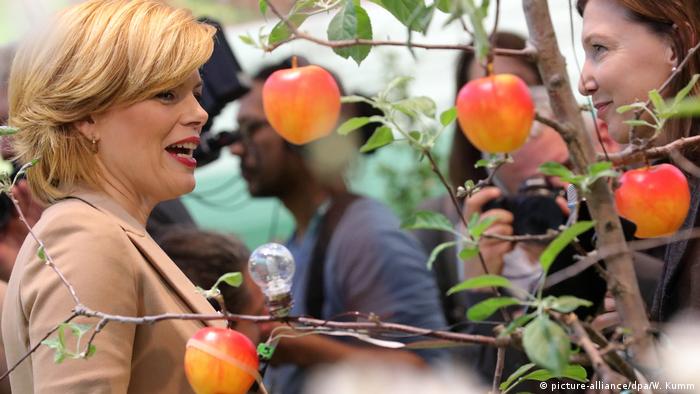 In eastern Germany, shortly after reunification, small-scale farmers within some 4,000 soviet-style cooperatives were persuaded to sell their land shares to cooperative chairpeople. "Not a few later made careers for themselves in the Association," asserted the documentary's authors. 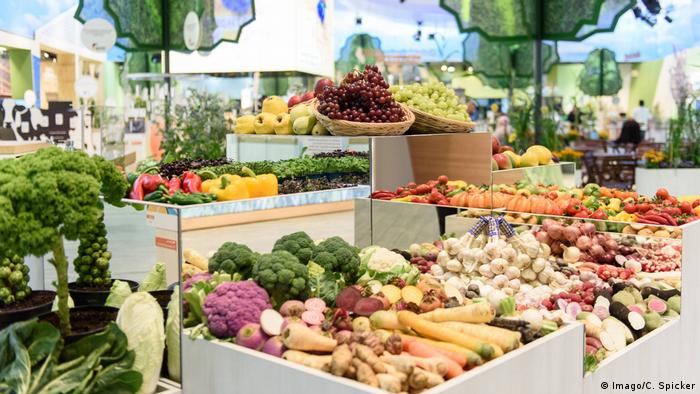 At the Green Week's opening on Wednesday, EU Commissioner for Agriculture and Rural Development, Phil Hogan, said CAP reform legislation drafted last year, if adopted, would balance nine aspects, including fair incomes for farmers, climate change action and environmental care, with each nation required to develop a strategic plan that would be subject to Brussels' scrutiny.

Undercover videos of organic chicken farms can be aired

The chicken producers had tried to block the broadcast, but Germany's top court has found an animal activist's footage showing miserable conditions in organic chicken farms to be in the public interest. (10.04.2018)